Watch out !! "Mosquito fever" has created over 600 patients 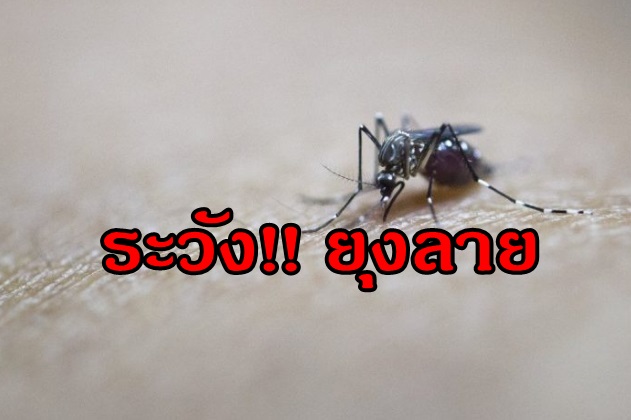 Department of Disease Control warns patients with the disease. "Mosquito fever" in areas where rain and flood still occur. This year, over 600 mosquito bites,3. Keep disease 3 "

Dr. Asadang Richyanan Deputy Director General, spokesman and Department of Disease Control revealed that the southern region was still torrenty at that time. Floods in the streets and containers. It can be a place of reproduction of mosquito larvae. Make people susceptible to diseases. "Fever of pain in the mosquito. "

Symptoms include fever and swollen joints, ankle swelling, swelling of the ankles, joints and limbs. Symptoms usually disappear within 1 to 12 weeks. Some patients may experience pain in the next 2-3 weeks. If symptoms persist, seek medical attention.

Department of Disease Control It is recommended that the public adheres to "3. Keep disease 3 " Complex

1. Keep the house clean. There is no dense corner of the mosquito island.

2. Dispose of litter and containers away from the mosquito breeding grounds.

3. Keep the container with water closed to cover all mosquitoes.

Both of these can be prevented. Three diseases at the same time 1. Dengue fever. 2. Viral virus 3. Mosquito fever.