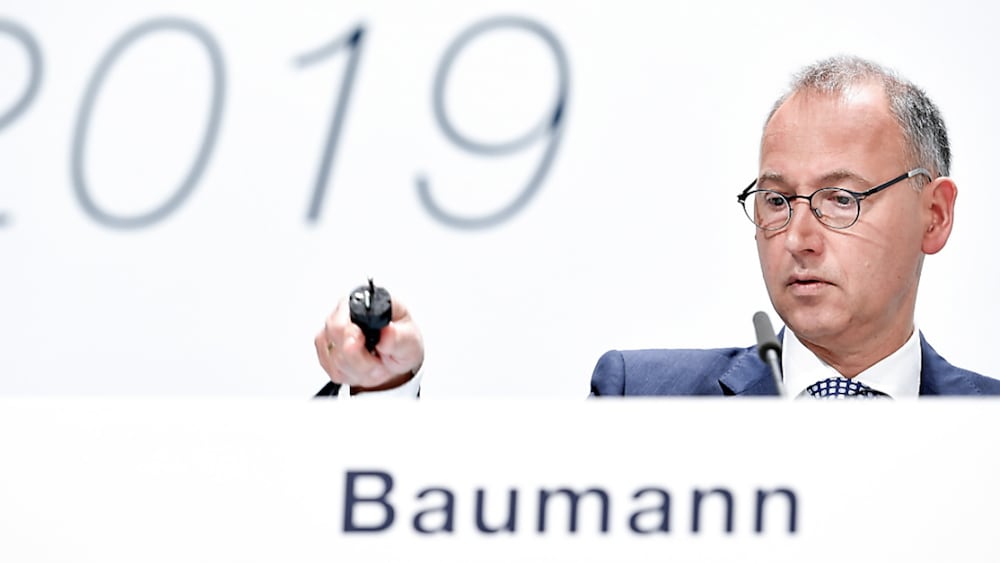 Is Bauman's headquarters open? Many critics deny omission, but this is more understood as a pamphlet.

Baer shareholders expressed distrust of the top management of the agrochemical and pharmaceutical group. At the General Assembly in Bonn on Friday, they voted 55.5 percent of the stock of shares present against the release.

This is a major obstacle to CEO Werner Bauman: In 2018, the group's management was still relieved with around 97 percent. Although voting has no immediate consequences, it can be perceived as slapping in the face of management.

Bowman took over the controversial takeover of US Monsanto's competitor last year – from the point of view of much larger shareholders, this was a bad decision, also because he was threatened by a high-profile US lawsuit.

Only 44.48 per cent of shareholders' votes were announced on Friday to free the burden from Bayer's management. Although the Board of Directors approved 66.38 percent of the present capital more than twelve hours at the annual meeting. However, approval rates of 95 per cent and more are common in Germany.

Shares of the long-established company have long been in the basement, due to price losses, shareholders often suffered losses. Bowman defended the move to re-take the US competitor for about $ 63 billion in the General Assembly again exactly and stressed that the procurement would pay off in the long run. The management is carefully analyzing the opportunities and risks of the acquisition, he stressed on Friday. Chairman of the Board of Directors Werner Wenning apologized to shareholders: "We are very sorry". Today's meeting of shareholders is not a "routine annual meeting".

He was not able to level up the shareholder line – some of them even feared that Bayer could be bought and cracked.

Is Bauman's headquarters open? Many critics deny omission, but this is more understood as a pamphlet. For example, shareholder Ingo Spich of the fund management company, "Deca", despite his criticisms of the Monsanto agreement, suggested that the back of the group "will increase chaos." (SDA)