Interest in a 10-year fixed mortgage first under one percent 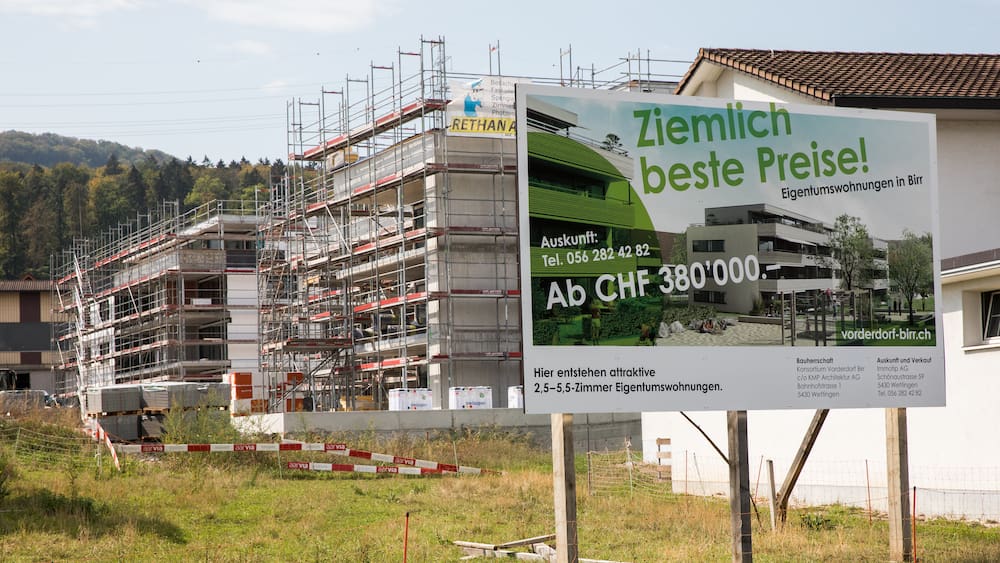 Interest rates continue to slide in Switzerland. This helps people who need a mortgage loan. For the first time, an offer for 10-year fixed mortgages with an interest rate below one percent is offered. With some negotiation skills, there is even less in it.

Swiss mortgages again became cheaper in the last month. While the lowest offer for a ten-year fixed rate mortgage on February 11 was 1.04 percent ("cash"), today it is 0.99 percent. What's left: The service provider is Hypomat.ch, the online offer of Glarner Kantonalbank (GLKB).

Not only has the GLBK recently lowered interest rates, other financial institutions again require less for mortgages. Thus, the average Swiss interest rates for fixed mortgages dropped to 1.293 percent (ten-year mandate), according to data from Moneyland or proprietary partners.

Compared with four weeks ago, the fall was 0.065 percentage points, and half year ago, the same interest rate was still higher by 0.261 percentage points. Fixed-rate mortgages with other maturing loans also declined, while Libor's flexible mortgages remained virtually unchanged.

Thus, the first Swiss provider went under the "magic" mark of 1 percent with its official interest rate. "This is pretty impressive," said a market watcher in the conversation. Insights: this is "the interest of the shop window". That is, who well negotiates, may even reach significantly lower construction credits. The highest rates of mortgage lenders are 0.7 percent for 10-year products in the region.

Record mortgages are a result of several factors. On the one hand, yields of the Confederate's authoritative bonds have dropped significantly in the last few days: from March 4 to today from Monday -0,197 to -0,306 percent. The decision on the interest rates of the European Central Bank (ECB) last Thursday blurred the prospect of increasing interest rates in this country. Meanwhile, the ECB wants to keep its key rates unchanged by at least the end of 2019.

The ECB is also surprised by the pessimistic economic outlook: it is currently expecting gross domestic product to grow by 1.1% in the eurozone. Three months ago ECB experts expected a plus of 1.7 percent. The uncertain economic outlook also makes it difficult in the next move in interest rates in the United States.

As a result, the Swiss National Bank (SNB) has tied hands. Almost every economist expects that the SNB could raise interest rates before the ECB, since then the Swiss franc would be even more attractive. The Euro-franc exchange rate is already considerably lower at 1.134, ie last April (1.20). As a result, the Swiss mortgage rates are likely to remain low during the rest of the year.

Finally, it is also the intensified competition among the mortgage providers, which maintains the construction in Switzerland at a historically favorable level. In particular, online platforms now offer loans that were reviewed a year ago. In the end, however, the current situation also implies that mortgages for financial institutions are still a good business. Contrary to the regrets of many banks, the environment with low interest rate prevents a profitable yield.