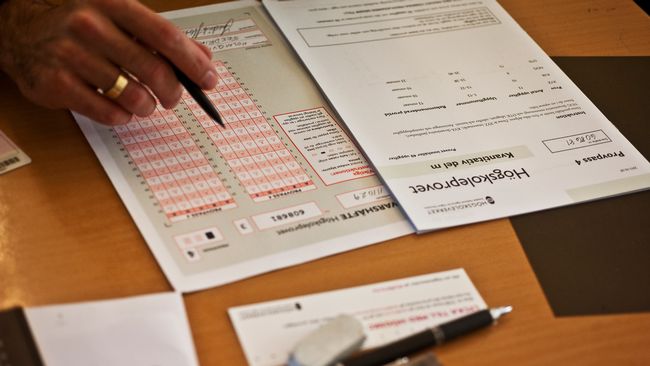 – We decided to return the result to 40 people who wrote the exam in 2017, says Karin Roding, Director General of the University and Council for Higher Education, UHR, who opened a press conference on Friday.

He is admitted to several universities

According to the UHR, this is about 40 people, of which 29 enrolled in college for their results from the college exam, writes TT.

Students, on an illegal basis, were accepted at the universities in Gothenburg, Lund, Stockholm, Umeå, Uppsala, Erebro and the Karolinska Institute and the University of Linneus.

He can report the police from 2016

In 2016, the government decided that those who write the exam must certify for honor and conscience that they write without help and that they are the ones they write.

– Then, we had the opportunity to report these printers to the police, which we reveal during the tests or after analyzes, says Karin Roding.

People whose test results are now withdrawn risk getting rid of their place of study.

According to TT, the UXR investigates another 80 cases of suspected cheating and decisions as to whether they should be undertaken in May.