People can be vaccinated at home 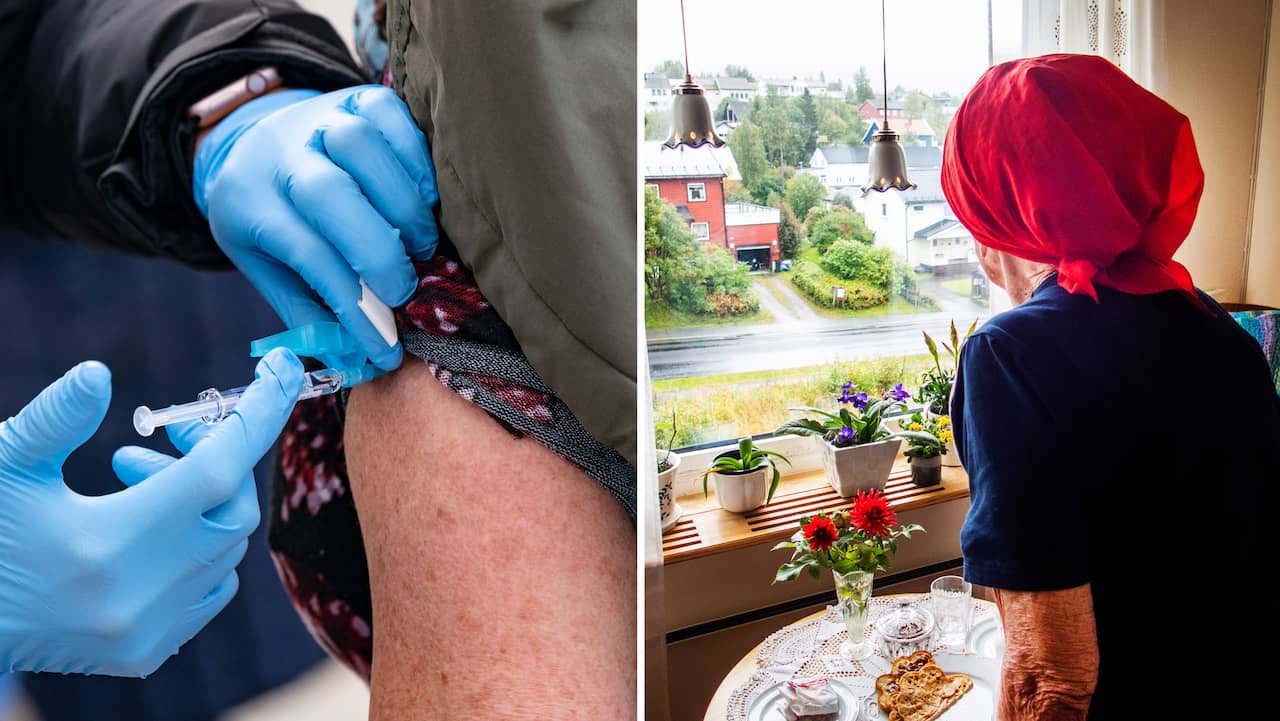 In almost a month, step one will begin in Sweden’s vaccination against the coronavirus. Includes vaccination of persons over 70 years of age, as well as care and medical staff.

Based on statistics from Sweden, the Swedish Public Health Agency estimates that 2,640,000 people are included in that priority group. But even within that, it is planned who will receive the vaccine first.

Age is the highest risk factor for death in covid-19. There is a big difference between a living 70-year-old and a frail 90-year-old, said Annette Richardson, head of the Swedish Agency for Infectious Diseases’ emergency preparedness and crisis management unit at the Swedish Public Health Agency.

– The combination of being older and having risk factors makes you a priority. “But we can not vaccinate the old and the elderly if it is not good to do it, it is also related to the vaccine,” she said.

Healthcare professionals working closely with people at risk of serious covidium-19 are also a priority group, according to regional epidemic plans.

According to National Coordinator Richard Bergstrom, the vaccine will be delivered in multi-dose packages containing vials of normally 5-10 doses per bottle. Needles, syringes and other items needed during vaccination must be provided by the regions themselves.

Here, the regions have already come a long way and acquired a lot, says Emma Spak, head of health and medical care in the Swedish municipalities and regions (SKR). The Stockholm region, for example, has so far ordered 1,125,000 doses of syringes and needles. We are also working on providing access to other equipment.

– The regions gave forecasts for the necessary disposable equipment and made joint purchases. That issue was worked on quite early together, says Emma Spack.

Can be vaccinated at home

Many regions describe this year’s flu vaccination as a general test of what should happen in 2021. The Swedish Public Health Agency also sees that existing fluids used during the flu season can be used to vaccinate 19-year-olds.

In the contingency plan in the Vстраstra G .talandland region, facilities such as health centers, hospitals, child and mother care centers, schools, vaccination clinics and occupational health care are highlighted as possible alternatives.

There is also the possibility of vaccinating people in their homes, Public Health Agency Director-General Johan Carlson said on November 24.

Annette Richardson worked on the swine flu pandemic vaccination in 2009 and points out that some things will be different now than they were then.

– Then you stood in line and we do not want that, especially not vulnerable groups, because then you can get sick if you are close to each other.

In the Orebro region, according to vaccine coordinator Inger Nordin-Olson, vaccinations will begin in extra spacious meeting rooms to avoid the risk of infection in the waiting room.

At the same time, research is being done on how to handle the cold chain for vaccines that require extremely low temperatures.

– The regions are now considering all the possibilities in parallel, if you want to set up vaccinations in hospitals where there are freezers at minus 70 degrees, if you use regular actors, if you vaccinate at home? You twist and twist this, says Emma Spack at SKR.