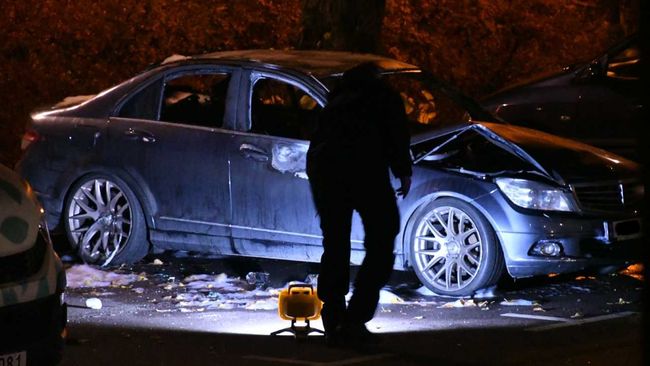 There is no information that someone should have been injured during the event, and the police have no suspicions at the moment.

According to witnesses, two dark-haired children should escape from the scene after they set fire to the car.

– There is evidence of a fire explosion. National bombing personnel have investigated the area, but at the moment we can not say what broke out, "said Calle Persson, president of the South Police.

The car was parked in front of the church and kindergarten, which was not open.