"No employee, management should be responsible for the situation in" Burning "#video 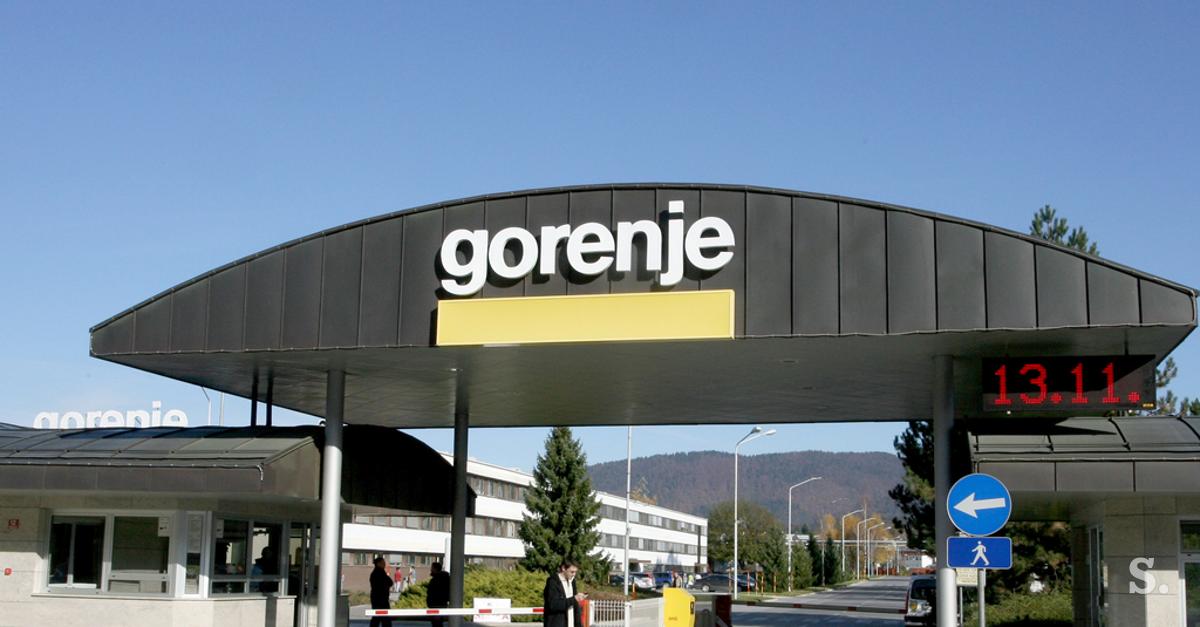 "It is interesting that the most important criterion for deciding on layoffs is performance in the past year. According to this logic, the previous leadership that brought" Burning "in such a situation should be at the top of the list." This was announced by the chairman of the Gorenje Trade Union, Jean Zeba, in response to the management's announcement that 270 workers will remain on the road transformation.

Burning under the new owner, Chinese Hysen, enters the process of transformation of business (the so-called reorganization). Out of the total of 1,720 workers, 270 unnecessary workers should be sacked, while the remaining 1,450 are expected to receive a new employment contract. The company narrows the governance structure: the number of directors dropped from 93 to 53.

"We understand and accept the fact that" Gorenje "is in serious trouble and that the new management is trying to stabilize the situation with measures. First, it is necessary to increase production and sales. At present, we have only 60% capacity utilization, which is worrisome and unsustainable.In this direction, there are already indications that production is increasing. It is necessary to regulate the network of companies abroad and to reduce the bureaucracy and levels of governance and increase the efficiency of the work processes, "the president said lot of the Confederation of the Trade Union of SKIE "Gorenje" Jean Zeba.

He added that the union is aware that this will result in surpluses and that in some places there are too many managers, which the Union already warns.

They are also worried that the company's management does not take into account the union's comments in the reorganization process, which is why the union has already halted the talks. The union doubts that such a major reorganization can only be a cover for trying to reduce wages. Working processes do not change, says Zeba.

Now "Gorenje" should deny appeals and ensure that no one should reduce the salary and working conditions, only the work needs to be renamed. But Zeba wants black to white. In his words, Gorenje plans a program very quickly because it is expected that the reorganization will end by the end of June.

"We believe that excess can be solved with soft methods, for example, from workers who qualify to give up. They must, of course, have to agree with listing."


In Gorenje will lose 270 jobs


"Let someone take responsibility for the past"

Syndicalists are particularly critical that the consequences of Gorenje's business problems will be borne by the workers, not by the Franjo Bobbin (this also remains at the helm of society after the entry of the Chinese people). According to the management, management, as one of the criteria for inclusion in the list of redundant workers, determined the work in this year and in the past year, according to the previously known data, there are several people who are employed in production and support services (cleaning agents are listed and similar ).

"According to this logic, the previous leadership that led Gorenje in such conditions should be at the top of the list," Zeba said.

"Last year" Gorenje "had a loss of € 111 million, but things are slowly corrected this year, but not the best. The bad results in the interruption can not be answered by the workers who did what they were ordered. they create layoff criteria that have already led the process of reorganization in the past, but unsuccessfully. Let someone take responsibility for past results, "Zeba was critical today.

We asked Gorenje that the distribution of workers is on the list of redundant workers according to the tariff classes determined in the collective agreement and whether the list is also one of the leading personnel. They replied: "The details of the reorganization are subject to agreement and consultation between the employer, the union and the workers' council, and we will not distribute them through the media."

With the Chinese, they do not want to cooperate with the old team

According to the union, the process itself is implemented in such a way that they take the process of reorganization only as

Gorenje hired a law firm for the reorganization process, whose name is not known. However, the unions believe that their relationship shows that they discussed union discussions only as an immediate evil and that they do not take them into account. Does the union have any power in these talks? "The company has the opportunity to do it independently, but Gorenje is an important employer and I do not know if I can afford it," Zeba said.

The union believes that poor communication with the unions is partly due to the fact that the new owner of Heinsen still does not know the system with us. Regardless of whether it takes into account laws, the collective agreement and the workers' council is something completely new to the Chinese. "But now they see that this is something useful for them," the unionist said. "The new owner is willing to talk. If there is no agreement, we are also prepared to protect our membership for measures that will not be pleasant to the company."

Inappropriate news immediately prior to May 1st

Lidija Jerkic, president of the Association of Free Trade Unions of Slovenia (ZSSS), explained the role of the unions in deciding on the number of technologists in the company.

"According to the law, the employer has the opportunity, in case of excessive work and if there are problems, to identify the surpluses. The union has the opportunity to influence the selection of the criteria for determining the surplus of workers, and the social criterion is more important for the people, not to neglect the elderly, the mothers and fathers of single parents and so on, "she said.

In addition, in her words, the union can choose additional rights for workers, such as longer reporting periods, larger layoffs, and a priority for possible re-employment (Hisense needs to run the production of televisions).

The first trade unionist at the press conference also said it was also strange that Gorenje decided only a week before the first May and a holiday at work. "If they did not do it in the last ten years, we could still wait at least a week," she said.