"Due to the decision in the trial, the judge can not destroy his career" # live 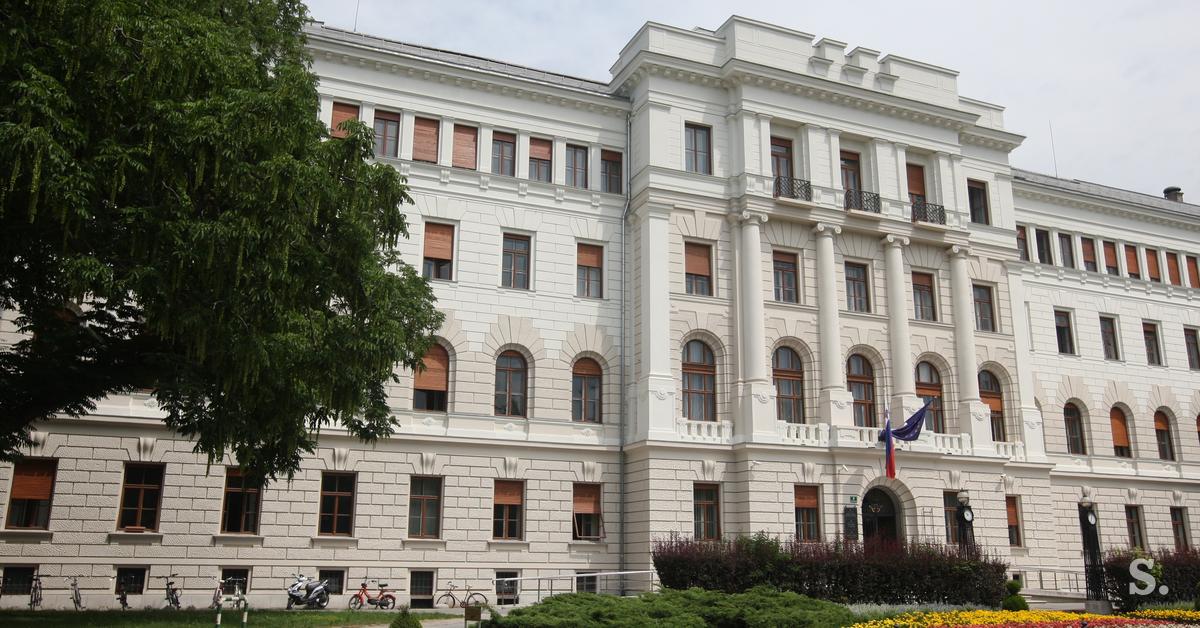 District Court Judge Marjan Pogachnik denies that disciplinary or criminal proceedings are being conducted against Judge Zvezdan Radonjic that he can not be compromised because of his decision at the trial of Milko Novic. In the retrial of Novic, Radonjic was acquitted yesterday of charges of killing the director of the Institute of Chemistry, Janko Jemnik, pointing to the alleged pressure and assessing that his career was threatened by the decision. The court president asked him to clarify the information he is expected to see tomorrow.

Judge Zvezdan Radonjic among the verdicts pronounced yesterday, spoke about the alleged pressures he allegedly received during the repeated trial in Novice. The trial of Milko Novic was led by Judge Spela Koleta, who sentenced him to 25 years in prison, but the Supreme Court overturned the verdict. The trial, which began on December 18 last year, closed Radonjic's sentence yesterday with an acquittal.
Photo: STA


He said that after the first installments began the pressure on his boss Marjan PogačnikTo discipline him and start judging as needed. Among other things, his sentence is proposed by the head of the specialized state prosecutor's office Harry Furlan. He also mentioned the alleged pressures of the judge, who was supposed to convey the advice of the "top judge" in order to "properly decide".

In his saying, Radonjic announced that because he wanted to secure a fair trial for Novicic, he would never progress and is likely to be suspended a month later. "The fact that Novic had a fair trial is conditional on the decision to ruin my career," said the judge.

The judge has no fear of sanctions for the acquittal

In his statement, Pogacnik said the Novice verdict was adopted by a five-member panel chaired by Judge Radonjic. "I have nothing to comment on. If complaints are lodged, they will be decided by the competent courts."

He further said: "The judge, according to the media, said that he was subjected to influences on how to decide in the case. You wrote to the media that pressures should be made against him and the name. To Radunjic it probably destroys his career for a fair trial. I have to seriously say these statements as the president of the court, but at the same time not to act too quickly before I get all the information. "

He explained that today he asked Justice Radonjic to make a statement before yesterday's statements and in that regard send him appropriate explanations tomorrow to the end of working time. "A few hours ago, I also received a request from the President of the Supreme Court to confirm the information and to inform him," said Pogachnik.

He further explained that, since he has no explanation for the judge, he still can not comment on specific complaints. In general, the judge's independence is one of the basic postulates, and all appeals must be seriously resolved and answered, the first judge of the county judge said. "It is totally unfounded that the judge can be sanctioned because of the decision in the criminal procedure."

"I've never been under pressure" 
He also contacted Furlan with the appointment of a specialized prosecution in the Novic case twice. For the first time in January, the prosecution demanded the expulsion of Judge Radonjic – he was rejected by the president of the court.

Later, the specialized prosecution wrote to the court about the alleged procedural mistakes of Radonjic. The winner has not yet decided on these complaints because he wanted the court to decide first in this case. "That judgment will take time," Pochachnik said, adding that in March the documents were handed over to the Judicial Council, which evaluated the work of the judges within the ethics commission.

I'm not alone with Friul, and not with the prosecutor in Novice Blanco Zhaegner he never met, said Pogacnik. "As for me, I can assure that no one in this country makes any pressure on any issue in this matter."


Milko Novic released from the murder of Janko Jemnik # video


Supreme Court: If the adherence of the judge is true, this is inadmissible

The Supreme Court – it is the highest appellate court in the country, which in case of difficulty in the trial can inspect the work of the lower courts – was informed by the judge via the media. As they told us from the office Damjan Florjancic, asked him to "inform him of the findings in the direction of checking these statements by the judge who gave them".

If it seems that the judge's statements on the pressures are correct, it will certainly be inadmissible in the opinion of the President of the Supreme Court, and will also require an appropriate response, in accordance with judicial legislation that guarantees the independence of the trial.

Will the Judge address the Trial Chamber?

We asked the judges and the judiciary to comment on the statements of the judge and whether they will check their content. The Judicial Council, whose leadership had just been taken over by a professor and a judge Eric Kershevan, directs the appointment and dismissal of judges and leads disciplinary proceedings and – as the law states – "protects the autonomy and independence of the judiciary and guarantees the quality of the work of the courts and judges and the public reputation of the judiciary." The poacher also noted that Judge Radonjic could initiate proceedings before the Trial Chamber, but he would not have done so before.

The Slovenian Association of Judges, led by him Andrew Eckart, is a guild of judges, which, as one of the goals of its work, states "consolidation and protection of the independence and autonomy of the judge in the exercise of judicial office," care of reputation and "developing friendly relations among colleagues".

We are still waiting for the two answers. We also turned to the special prosecutor's office led by Harry Furlan, wondering if Furlan really asked for the discipline of the judge and, if so, why. 
Katic: The pressures are unacceptable

The Ministry of Justice responded to the judge's remarks Andreja Katic. However, in a written statement she noted that commenting on specific cases could lead to "dangerous practice", namely political influence on the specific decisions of independent bodies. That's why she abstained.

However, she noted that "the impartiality and independence of the judiciary is a necessary condition for the existence of a state governed by the rule of law and therefore strongly condemns any undue pressure on the work and decisions of the judges." In addition, she explained that if the judge received pressures, there were several options that could be used: "The Trial Chamber may, for example, decide on a proposal to remove the injuries of a judge who considers that his independence is affected in any way The Committee on Ethics and Integrity of the Judicial Council adopts principle opinions on acts that constitute a violation of the Code of Ethics, and different practices can form the basis for disciplinary proceedings or against judges or prosecutors. "

As noted above, the Trial Chamber has already asked whether proceedings will be instituted on the complaints of the judge.

Katic emphasizes that judges can do the most for the reputation of the judiciary:

For the reputation and, therefore, public confidence in the judiciary, the officials themselves can make the most of themselves. All stakeholders in court proceedings should be aware that the critical judgment of the public may also be exposed to this, and when exercising its rights, the judge must always act in such a way as to safeguard the impartiality and independence of the trial and the reputation of the judicial service and to protect these values ​​and principles to use this appropriate mechanism.