A new example of measles in Ljubljana 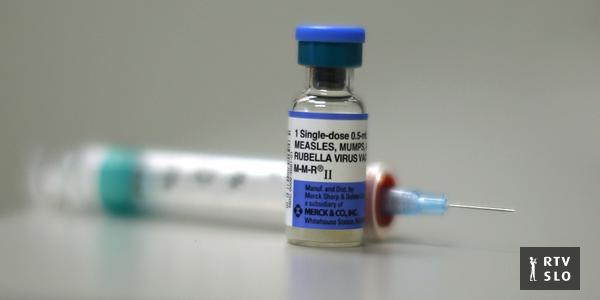 From UKC they are they reported that due to good and timely care at the Health Center in Ljubljana, there were significantly fewer people at risk and there was no interference by the patient with infectious diseases in those seeking medical care due to other problems.

The epidemiological service identified about 70 people, about 15 health workers and about 55 patients in the lobby they are Dražen Stojanović from NIJZZ told the media in a press statement that he was in contact with the patient at the time of the infectious disease. You they are to notify them and indicate them accordingly preventive measures. About half of people are adequately protected from measles, but others do not have data or know about themselves, or they are were vaccinated or whether they are Preboleli smallpox.
The incubation period of the disease is from seven to 14 days, so in two weeks it will be known if there are additional infections, Stojanovic said.

Measles for the transmission of measles

The mules are transmitted through the air to the infectious droplets of the secretion of the nose and throat of the infected person, for example by sneezing and coughing. The measles patient was already infected about four days before the onset of the rash and four days after the onset. Signs of the disease may begin to appear 5 to 21 days after the exposure of the virus. The measles virus is highly infectious and remains in the air two hours after the person was in the room.

The first signs of measles

The first signs of measles they are usually high fever, weakness, inflammation of the eye conjunctiva, cough, and then a reddening rash begins. "Personality is usually very affected, smallpox they are severe illness " Martha Grgic described the course of the disease several days ago Vitek from NIZZ. On the first signs, the patient should call the selected doctor and describe the symptoms, even if he knows he was in contact with the infected person. Without prior notice, the patient should not go to the health center to prevent others from unnecessarily exposing the infection.

They advise all those who go abroad during the holidays to check their vaccine status before departure, in measles this includes two doses of vaccination. Stojanovic emphasized that the most effective protection against vaccination is vaccination.

If the sick person sought help for a working day instead of a working day, he will have to visit a health clinic in Ljubljana on the spot, which, despite the warnings he issued, continues to work in the premises of UCC Ljubljana, they are further stated in the UKC.

In the general emergency medical care of ZD Ljubljana, which operates in the premises of UCC Ljubljana they are namely the end of last week discussed two patients with measles. One, according to NIJZ, came into contact with about 200 patients in the foyer, which could potentially be infected. You they are mail also informed about the possibility of measles infection and appropriate measures.
According to NIJZ information, the infection was taken from abroad by the patient, probably from Germany and Russia. This was the first time a case of measles was discovered in our country. Last year in Slovenia there were nine cases of measles and one year ago eight years ago.