VIDEO Arrival of NHL players was noticeable: Tatar and Panic immediately met each other 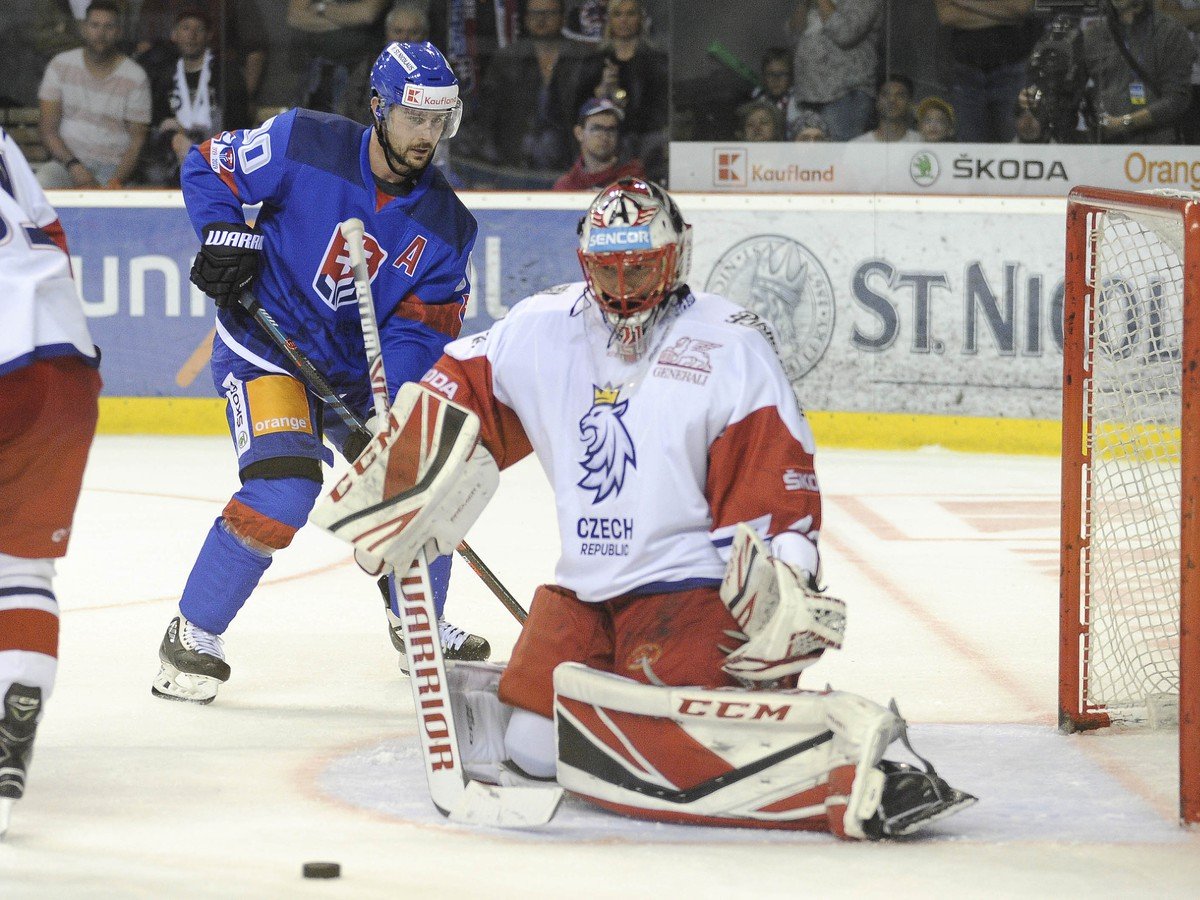 TRENCHIN – Slovak ice hockey reached fourth in the sixth preparatory game ahead of the World Cup in May in Bratislava and Kosice. On Friday's match in Trencin, they scored 1: 3 for the Czech national team. Four players from the overseas NHL also appeared in the home team for the first time, and one of them, Richard Panick, applied for the dismissal list. However, the Czechs were more efficient, Filip Chitil took the lead twice, and Dominique Kubalik gave the last point after the match.

"I think we should start to shoot more goals, because we are constantly talking about it." I felt as if we had enough shooting opportunities, and the new players brought the speed of our game talk, some situations I was not satisfied with " Craig Ramsay, the Slovak national coach, said after the meeting, a particularly successful second goal. "We lost the puck when we switched to the middle zone, which we should not do, because we work on it every day. We still need a frequent shooting game, and then fast pistol players. the Canadian coach continued.

The arrival of new men from the best hockey leagues in Slovakia appeared. Especially the first type of attack on the wings with Tomas Tatar and Richard Panick was visible.

"We were active, we had chances, but, unfortunately, we made two mistakes, after which we scored goals, and that did not pay. the striker of Montreal Canadiens, who realizes that other hockey players have to join the dangerous pair to attack the NHL. "We have to make more pressure in the offensive zone, we need more help, we were in formation with Lako Nagy, but it's still preparation and we will work to improve these shortcomings."

Despite the loss, the Slovak hockey players received prizes in the form of applause from a crowded point in Trencin. However, the sold stadium, combined with an overly warm April time, made the quality of the ice not ideal. "It stopped again and jumped in some moments, so some passes were incorrect, but we saw it on the other side" said Tatar, with whom, also Ladislav Nagy, agreed: "I'm glad that so many people came to the stands. On the other hand, it was warm and the ice was not in the best condition" said 39-year-old Kosichan, who is currently the oldest player in the Slovak national team.

The winners of Craig Ramsay will complete the preparatory cycle this week in Nitra, where they will play a second duel against the Czech Republic. Sixty-one-year coaches said they would make several changes to the squad shortly after Friday's meeting. "Those hockey players who have not played in Trencin will get their headquarters in Nitra, and on the contrary, some players will relax, I hope we will continue to play our game and improve our power after the changes." added Ramsey, who did not include Marek Chiljak, Mihail Tchaikovsky, David Bucha, David Bondra and Patrick Switan on Friday on Friday.