In the center of Prague, the first Škoda electric car, with the name Skoda Citigo, was erected. It should be introduced in Bratislava during the hockey championship and it should become the cheapest electric car in our market.

A few days ago, Škoda announced that it will present its upgraded Superb model in Bratislava as part of the world hockey championship it sponsors. The current iDnes portal, which has released the following spy photos (including the cover page), adds that the Škoda Citigo-e electric car will be presented along with the Superb. May 23rd.

These photos were in the center of Prague, apparently during the recording of the promotional video. It is clear that the first electric car of the Czech carmaker will be the electric version of Citigo, which has been on the market since 2011. It comes from the Group's triples, which complement Volkswagen and SEAT Mii.

They are produced in the Volkswagen Group in Bratislava, while the VW is available in the full electric version of 2013, as "e-up". And Škoda Citigo-e will also prepare for that, but all three models will get an improved electric drive unit. 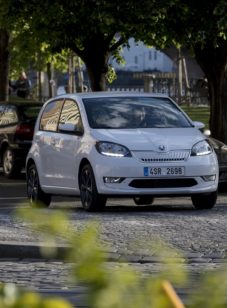 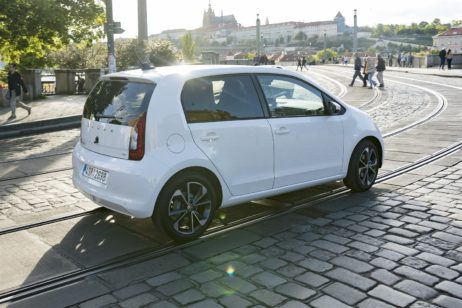 Under the Citrix Citigo cooker we will find 37.7 kWh battery (18.7 kWh in the original model) to provide a range of 270 km (WLTP). The charger should be charged with a capacity of 80% for 40 minutes. It will also improve the electric motor, whose output will increase to 75 kW (initially 60 kW). 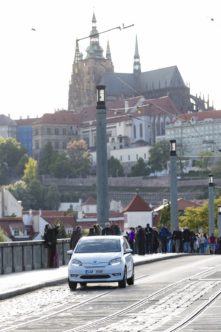 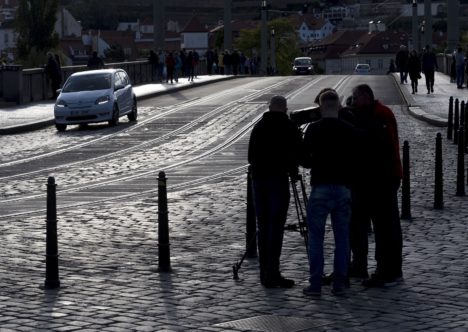 Despite the much better parameters, the Škoda Citigo should cost around 420,000 CZK with VAT, which is just over 16,000 euros. The first generation of Volkswagen started with about 25,000 euros. At the end of his "career," VW offered a sales price of about 20,000 euros.

Škoda Citigo should thus become the cheapest electric car M1 on the Slovak market. And after counting upcoming state subsidies, it should be even more "fun".

Finally, let's look at spy images. As expected, there were no significant changes in the design. The mask on the front mask was almost blinded. Similar changes were made to the front bumper. Back, we can find the Škoda logo, the Citigo e mark with "Eck" at the power position and the complementary iV mark. 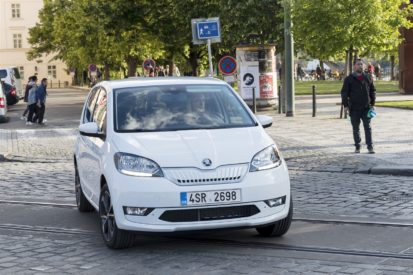 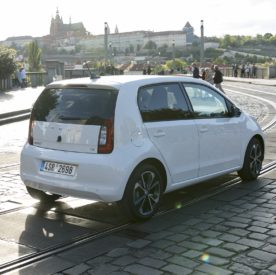 According to Bernard Meyer, the brand name "iV" should carry all electrified models. For the first time we noticed this designation as part of the Škoda Vision iV concept, from which the main electric car will be based.

Related articles:
Skoda surprised the e-palette of the hybrid Superb and showed its price
Skoda introduced an electric "X4" with 83 kWh battery and a range of 500 km
Škoda prepares 5 electric cars. Which models will we see?