In Mošovce they found a treasure of immense value: he hid in the forest 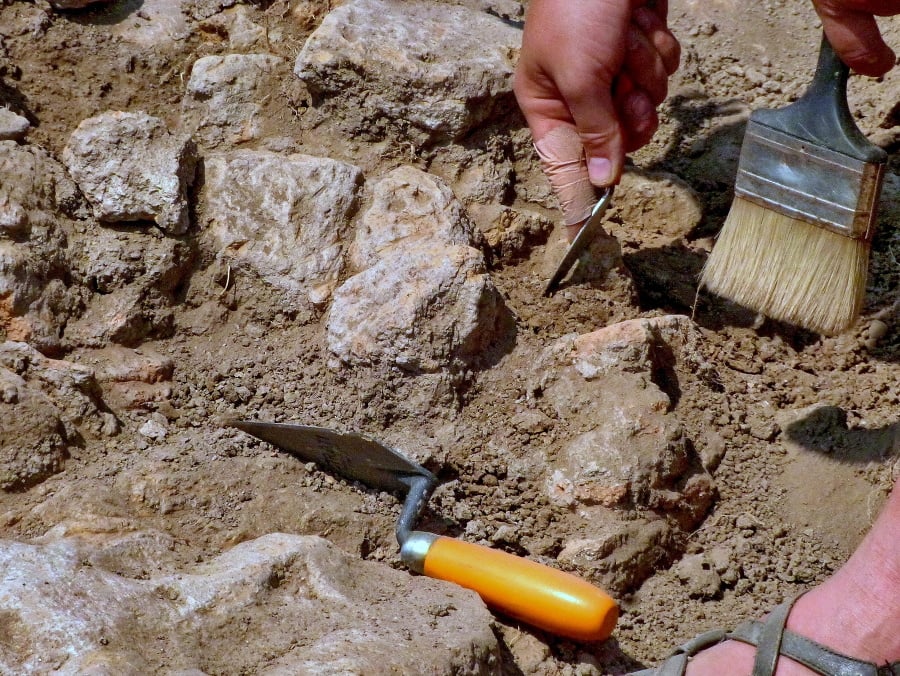 According to Karol Pieta from the Institute of Archeology (SA) of the Slovak Academy of Sciences in Nitra, the uniqueness of this discovery lies not only in its price, but above all in the discovery of the treasury by experts. "Because the archaeologist is not only looking for the treasury itself, but valuable coins, but above all looking for links, to be able to use them in detail in the field and explain this discovery, in which case we have the opportunity to see the context in detail, stored in the ground, why it was stored and the like, " Pieta explained.

The Mošovec treasure consists of 40 silver Celtic coins, which until recently hid the forest. The archaeologist has managed to discover the holodeck in places that have been systematically studied for a long time. "The coins were surprisingly scattered on a very steep slope, so they were at the bottom, apparently packed in a bundle of organic material and gradually erosion dispersed down, and all this authentic process was documented and secured." said Pieta.

According to him, people in the past have made valuable items mostly on the ground or hid them when they were in danger. "Despite the fact that we have been able to capture the findings, we see that this treasure conceals someone on earth in extraordinary and dangerous situations." On the other hand, we know that in the first decades after Christ there was a massive destruction of the Celtic civilization in northern and central Slovakia, which is the result of fights that took place in this area and where people hid these coins. " explains Pieta.

Nowadays, the price of a treasure chest is virtually non-quantifiable. However, the value of the Celts themselves is difficult to estimate. "These are the oldest coins minted in our territory, and we know that Kelti had a sophisticated coin system with the same denominations as our ten or five year olds, and they already have the value they paid, and the coins found are the so-called tetradrachmas. four times the value for smaller denominations, so that the coin contained four drachmas, and the treasure contained the most valuable, most expensive coins that were minted at that time, and were of the highest quality silver, " said Pieta.

According to him, it is likely that they were cut from silver from the Carpathian bearings in Slovakia. "The economic power of the Celts in our territory was based on their very good use of natural resources, extraction of gold, silver, and especially iron." The Turkish region was one of the key economic and cultural areas in the Celtic settlement of Slovakia, Pieta added.