First storms hit Slovakia: VIDEO floods near Trencin, today it should be worse 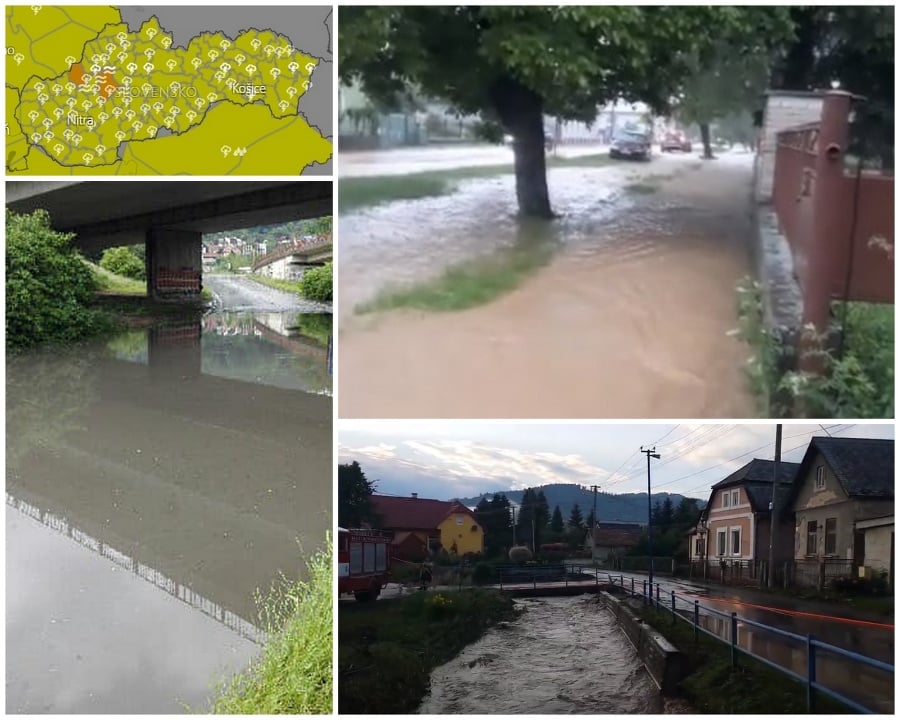 Especially strong thunderstorms were especially prevalent in the area of ​​Trencin

According to imeteo.sk, they brought heavy torrential rains, which caused a flood in several municipalities in the Trencin area.

The storms drove north of Trencin in the Drietomy and Horná Súče areas, as well as in the southern part of the Trencian Turn and Munich Lehota. They were accompanied by violent heavy rain.

Almost 40 liters of rainfall per square meter of land fell in the area, as meteorologists say, within minutes, causing floods. This happened in Horná Súč, but also in the villages of Motešice and Neporadza. The roads were under a layer of mud and aggregate.

The water also made damage to Ponitri

Yesterday's intense storm led to flooding of floods to Gorna Nitra. The water was warmed from the village of Tlizina, where a local stream was flooded. According to imeteo.sk, he received from 42 cm to 132 cm, which reached the third level of the flood. In the mentioned village flooded the cellars of family houses and on local roads was a layer of mud.

The road was flooded in Zilina, the police closed it

Complications related to bad weather were also reported by Zilina, where the water remained at Etcadas, across the city and on the left bank. "The road is closed for security reasons, redirecting through the city" police said yesterday. Fortunately, the trip was not belated.

Storms will continue to be today

The Slovak Hydrometeorological Institute (SHMI) warns them all over the country. Before them he issued the Grade 1 warning, finishing at nine o'clock.

In all areas there is a low likelihood of storms with a city, which is a potential danger to human activities. "Thunderstorms can be combined with short but intense rains, where the sums can reach 20 to 40 mm, and the wind to the left from 18 to 23 m / s (65 to 85 km / h)", SHMÚ, according to which the intensity of associated phenomena at a given time of year and area is common, but can cause less damage.

"With these storms, it is possible to temporarily increase the water levels in small streams and the occurrence of floods out of the streams (running water from the slopes, streams of mud, flood of basements, underpasses, underpasses)," he added.

As expected from imeteo.sk, they should come up with the so-called. orographic storms that will be tied mainly to hills and mountains. They should happen in the region of Eastern Slovakia.