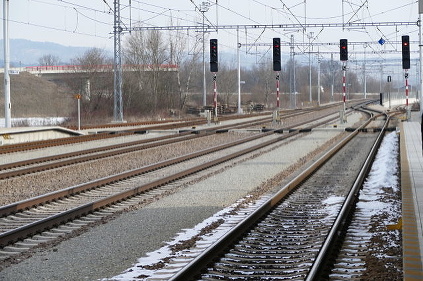 Residents of Bratislava Raca, part of the East, have petitioned to set up and open a train station as soon as possible.

Residents of Bratislava Raca, part of the East, have petitioned for the fastest possible establishment and opening of the Bratislava-Vishodna Railway Station for public passenger transport. The reason is the extremely poor public transport connection with the center of Bratislava.

"Many residents remember the time when a commuter train was coming from the East Train Station. Therefore, under the auspices of the Friends of Raca Civic Association, residents, with the support of local parliamentarians, petitioned for its reopening and full use for public transport." site. Citizens call on the Slovak Republic Railways (USSR), Bratislava's self-governing region and Bratislava Integrated Transport Company, which is the coordinator of the integrated transport system in the Bratislava region, demanding that technical and organizational measures be taken to maintain the station as open as possible. for public transport of passengers. Also establish regional commuter trains with the possibility of boarding, departing and buying tickets at this station.

"We residents and visitors of the East under this petition do not want and refuse to activate the long-term stagnation of the public transport situation in Racha-Vishod and its absolutely inadequate and insecure connection to the city center and other city districts, even to Racha center." , residents in the petition.

Racism says on the Internet that individual car transportation is practically the only option for these people if they don't want to waste a few hours a day on the way to work or school. "This then 'helps' to block the bypass in Vainori, but also to the hard-pressed Rashijanska Street or Pri Haibach or Stolirska Street," the city district said.

The initiative to establish a new Bratislava-Vysvodic train station has not yet been registered in the USSR. "During the study of the Bratislava Node, the above station was not considered in the context of providing transport services on the territory of this part of the city. We do not register the capital's request in this matter"

Passenger transport was halted here, in his words, in 1994 when it stopped on the passenger train to and from Galanta. "The short commuter trains of the engine stopped at Track 12, where a short one-sided platform was built for this purpose," the spokesman said. Notes that the approval for the construction and cancellation of railway stations is the responsibility of the Ministry of Transport as the owner of the railway infrastructure, based on the relevant results of the transport model and the associated values ​​of the new station. "Without new investments and subsequent operational-technological measures, the issue of building a new Bratislava-Visodic station is at the level of a discussion plan," Luki said.

About 4800 inhabitants live in eastern Rasha, which can be found between Raja and Vainori. In addition, students who live temporarily at the cafeteria complain about a lack of transport links with the city, but local company employees inevitably experience the same problem. There are two public transport services throughout the site – 52 and 56, plus a one-night N56 connection. Line 52 connects Weinori with Racha and climbs up to three times on weekdays, even with route restrictions. Line no. 56 connects Raca with the Golden Sands and the surrounding area, and also climbs to the top 3 times per hour. So if a resident of the East wants to get to the city center, he has to change at least once and still spend a lot more time traveling than by car.