RM11.3 was a project with Thamesek abandoning the "soft market", says PDC 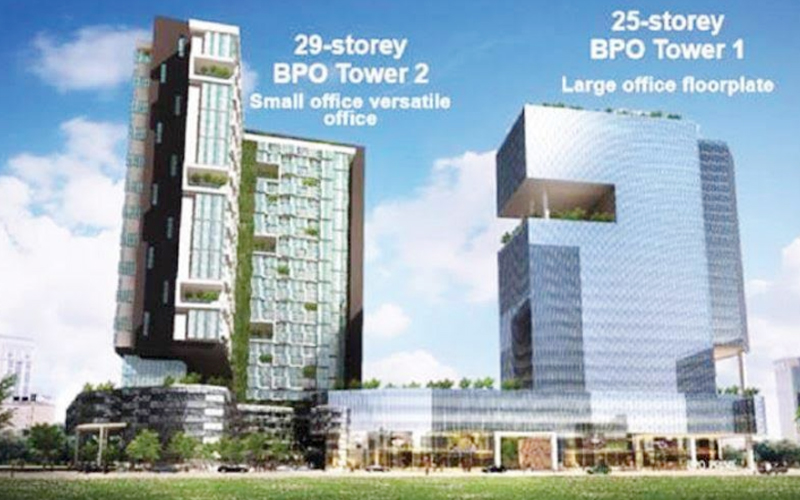 GEORGE TOWN: A state-owned agency in Penang today announced that it has agreed to shut down the RM 11.3 billion outsourcing center project, with each other through Temasek Holdings Pte and another company due to the soft market.

In a statement today, Penang Development Corporation (PDC) said the cancellation is mutual.

"However, due to the soft market conditions, the project has been canceled by all parties," the statement said.

On July 31, 2015, PDC, together with Thamesek and Innovative Institutions for Economic Development, Singapore Pte Ltd (EDIS), signed a memorandum of understanding to build an outsourcing center called BPO Premier on 2.8 hectares of land in Bayan Baru.

Thamesek and EDIS are to develop the Penang International Technology Park (PITP) on a 83.4-acre plot of land in Batu Kavan. This feature has two technology parks, residential and commercial zones.

Temasek is Singapore's sovereign wealth fund with reported net portfolio value of US $ 313 billion (RM 312 billion) as of March 31 this year.

Temasek told NST Business that it "will remain open" to other investment opportunities in Malaysia.

In January 2017, The Edge reported that Thamesek had "put on hold" the BPO Premier and PITP projects, citing "real estate market conditions".

The PDC then denied this, saying the project was "under review" and construction costs were being reconsidered.

He said it was a sign that investors were losing confidence in Penang. Former Chief Minister Lim Guan Ang told a news conference on January 25, 2017 that the project was "delayed".

Meanwhile, investment director Penang Lee Kah Yun gave more details on the canceled project. In a text message, he said one of the reasons is due to the weak investment environment in the residential property sector.

"Banks are cutting back on home loans and real estate prices are falling.

"According to research conducted by a consultant appointed by PDC and Thamesek, the property market has softened and the demand for residential property has weakened significantly.

"As a result, the parties jointly decided to suspend the project," he said.

Lee said that to meet the demand for office space, PDC began building "[email protected]"Within the PDC headquarters in Bayan Baru, covering an area of ​​80,000 square meters. This project is expected to be completed in March next year.

Malaysia's outsourcing group predicted that Malaysia's global business (GBS) or the outsourcing sector would see compound annual growth rates of 10% to 15% from 2017 to 2020.

According to the Digital Economy Corporation of Malaysia, GBS companies with MSC Malaysia status reported total revenues of RM 18.4 billion in 2016.

The Malaysian Investment Development Authority, in its report on investment performance in 2016, listed Penang in second place after Kuala Lumpur in investment for Global Service Institutions, with an investment value of RM 4.1 billion.