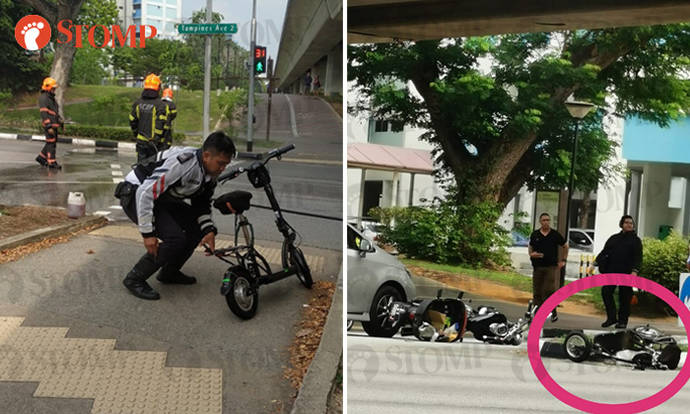 A 46-year-old man was taken to hospital after an accident involving his e-scooter and a car in Tampini on Saturday morning (November 9th).

Police responded to Stockholm in response to questions that they had been alerted about the crash along Tampinski Airport 2 at Tampinski Avenue at 9.01am.

The e-scooter driver was aware when he was taken to Changi General Hospital.

Stopwatch Thomas, who arrived at the scene around 10.35am, contributed photos showing the traffic police and the Singapore Civil Defense Force responding to the crash.

Circular photo featuring Stomper All over warned Stomp to display the e-scooter lying on the road.

See more pictures in the gallery.