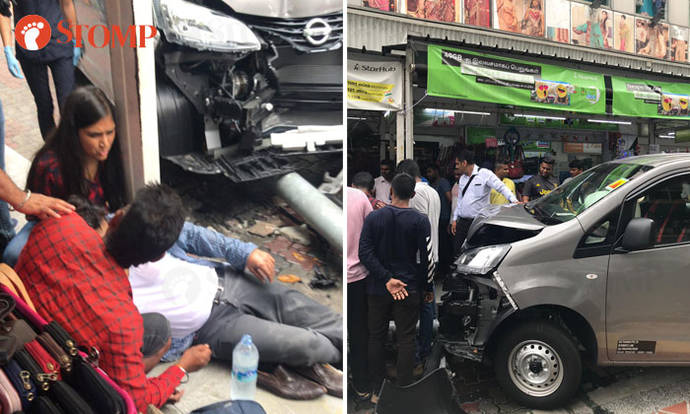 Two men were taken to hospital after being hit by a van on Serangon Street on Thursday afternoon (April 25).

The van driver, a 38-year-old woman, was arrested for a dangerous ride, police told Stomp.

Stompers Yasmin and Jaseem alert Stomp to the crash and shared photographs and videos done at the scene near Minora Center.

From photos, the gray Nissan van also hit a lamp. 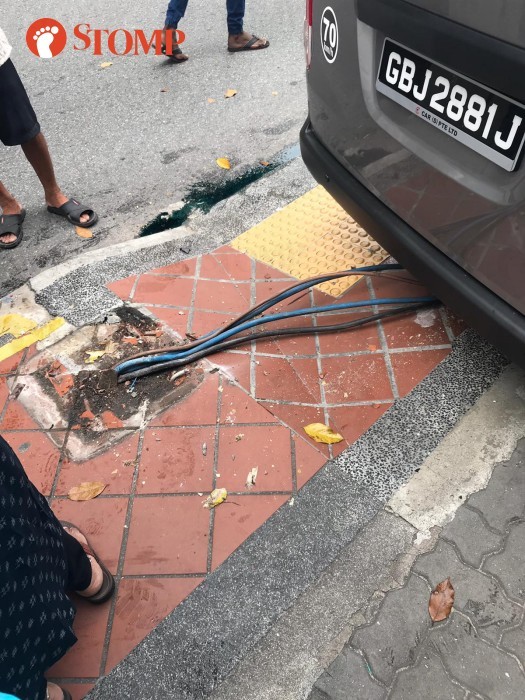 The impact of the collision cause the airbags in the vehicle to be deployed.

In response to Stomp Media's request, a police spokesman said they were alerted for the crash involving a van and two pedestrians along the Seangonne Road towards the Upper Senangon Road at around 4.20pm.

"Two male pedestrians, aged 18 and 23, were aware when they were transferred to the Rafles Hospital and the Tang Tong Seng Hospital, a spokesman said.