A genetic mutation has been found that leads to obesity 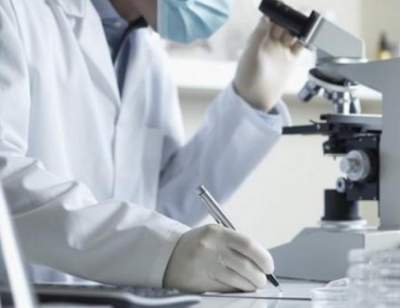 Researchers have come to unexpected conclusions.

Metabolic syndrome is a syndrome of disorders, manifested in obesity and high blood pressure. Increases the risk of cardiovascular disease and diabetes, and often leads to death.

"Studying the molecular mechanisms of the metabolic syndrome is particularly important because of its prevalence and increasing incidence of obesity," said the head of immunology and cell biotechnology laboratory Immanuel Kant Baltic Federal University Larisa Litvinova.

The authors of the article in the "International Journal of Obesity" (the journal "The Nature") investigated how the metabolic syndrome is influenced by genetics, comparing groups of healthy people and patients with schizophrenia, because the syndrome is much more common.

He drew the attention of scientists to the NOS3 gene responsible for the synthesis of nitrogen in the body. The fact that patients with metabolic syndrome, its production is disturbed, preventing the normal functioning of blood vessels.

"We found a relationship between polymorphism – the level of substitution of the T-786C nucleotide chain in NOS3 and the indicators of the metabolic syndrome: high blood glucose and blood pressure, cholesterol and triglycerides concentration in blood" – said Larisa Litvinova.

According to her, the T-786C polymorphism determined by the regulation of cholesterol levels. What's more, for patients with schizophrenia, it plays a special "protective" role by neutralizing harmful molecular substances due to the increased synthesis of plasma nitrite.

In addition to T-786C, the researchers described two other NOS3 polymorphisms that increase the risk of metabolic disorders in healthy people. They emphasize the importance of further research for "victory" over the metabolic syndrome by means of genetic engineering.