What is controversial in the draft act on social entrepreneurship? 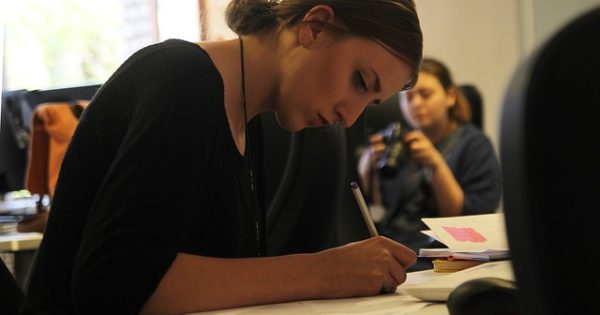 The bill on social entrepreneurship should enter the parliamentary procedure before the end of the year, expects the Ministry of the Line and the Coalition for the Development of Solidarity sends comments to some of the proposed provisions this week, which, as the saying goes, exclude the majority of existing social enterprises from future. regulations.

The text of the bill limits the concept of social entrepreneurship to "professional integration", neglecting, among other things, its social dimension, which is contrary to the practice of most European countries – says the Coalition.

Particularly problematic is that the proposed bill does not recognize associations, foundations and cooperatives as entities conducting socio-economic activities. The law in this case should not define the forms of status, but provide conditions in which existing legal forms can be equated with social enterprises for professional integration, cited.

The coalition for the development of a solidarity economy and civic initiatives appealed to the government of Serbia and the Ministry of Labor, Employment, and Veterans Affairs and Social Affairs to change the name and improve the existing bill in a public debate so that its title fully complies with the regulation it regulates. issue, the Secretary of the European Movement Dina Rakin.

"Social enterprises are not only people involved in professional integration, but also deal with other problems, not just employment. Our request is to change the name of the law, i.e. Name and content are appropriate, and social enterprises are called those who are really" – Rakin told Tanjug.

He says that in contrast to current practice in the European Union and current practice in Serbia, the proposed text of the future law allows social enterprises to create local governments and provinces, which, as it emphasizes, have a direct impact on the nature of social entrepreneurship.

Rakin also states that if the law is not renamed and promoted in parts indicated by the Coalition, it will seek to withdraw from the proceedings.
Otherwise, the Coalition for the development of a solidarity economy consists of the European Movement in Serbia, the Initiative for Development and Cooperation, Smart Collective and the Trag Foundation, the founders of the former Coalition for the Development of Social Entrepreneurship, created in 2010.

Rakin also claims he is ready to help the ministry overcome all possible problems and develop the highest quality regulations.

She also added that it is controversial that there are no significant and stimulating measures that someone would like to run a social enterprise, and the contentious films and penal provisions in law.

According to the Ministry, the draft Social Business Act should enter the parliamentary procedure before the end of the year after the public debate and complete compliance with the civil society's opposition.

The proposed project in the project is such that employees of these companies have the right to vote in the decision-making process, and in accordance with the applicable law on commercial companies, this right was granted only to founders, said Secretary of State in the Ministry of Labor, Employment, Veterans and Social Affairs Bojana Stanic.

In addition, the project envisages that social enterprises can apply for budgetary funds to increase their capacity, improve working conditions …

This draft law gives the opportunity to call for so-called reserved public procurement, in which social enterprises can participate, and this was discussed at a round table.

Until now, these measures were only foreseen for enterprises employing people with disabilities or for "professional rehabilitation" enterprises.

"One of the reasons for adopting this law is to establish a legal framework through the professional integration of specific groups of citizens and conduct activities in the general interest," said Sanja Gavranovic, head of the normative, administrative and supervisory group at the Ministry of Labor.

He says that these are various economic entities, that is social entities, which on the one hand have their economic and economic future, and on the other social functions.

According to this project, social enterprises should employ at least three employees, regardless of whether they are permanently employed or for a specified period of time.

They also have a development plan and technically necessary business conditions, as well as perform public utility activities at the national, regional and local levels.

Independent adviser UGS Zoran Ristic told Tanjug that the Social Entrepreneurship Act is important to encourage some people to solve their status in this way.

"The very principles of law and content indicate that attempts have been made to cover various areas in which social enterprises can be built, and that is why there are no restrictions that it is only directed to the field of social protection or the protection of certain groups already allows the company to create in all areas." Ristic said.

However, he said that there are arguments that there is a broadly defined area that implies general interest in the law.

He also stressed that efforts should be made to provide funds and incentives that would stimulate citizens to enter the market and create businesses.

The next public debate on the Project will be scheduled for November 22, and Ristic says there is room for improvement.

"I think this is an area in which it is necessary to have a flexible legal framework that would encourage all those who are at risk to undertake economic activities," said Ristic.