Virologist Tanja Jovanovic explains the difference between vaccines against covidium: There is no reason to be afraid 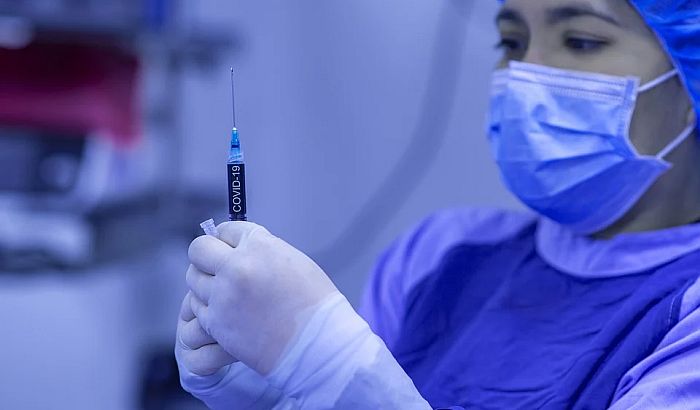 The Institute of Economics, the Institute of Epidemiology of the School of Medicine, and the American Chamber of Commerce surveyed 804 adults by telephone and electronically — 46 percent of men and 54 percent of women. The results show that a quarter of the citizens would not like to be vaccinated, one fifth is ready to receive the vaccine, and nine percent of the citizens will decide depending on the choice of the vaccine manufacturer.

Tanja Jovanovic points out that there is a very strong lobby against vaccines not only in Serbia but also in the world, so she is not surprised by such answers.

“I do not understand at all why this is the case. Imagine how good it would be to have an HIV or hepatitis C vaccine. We expect some things, and something that is in sight and that is sure to be realized very soon. “We always question or doubt it.” Jovanovic told RTS.

She pointed out that vaccination is the most important procedure introduced in medical practice and that, thanks to that, we have completely forgotten about a number of infectious diseases – measles, polio …

Asked if the virus had mutated, Jovanovic said that initially it was thought that this new coronavirus would mutate much faster, but that later tests showed that the virus did not mutate as often.

“Of course, mutations occur and occur throughout the viral genome. In characteristic places – in those places that encode proteins and allow the virus to communicate with the host, with humans, such mutations have not yet been observed.” she explained.

She added that research shows that there are no problems with the effectiveness of the vaccine.

What is the difference between vaccines?

Speaking about the importance of transporting the vaccine and its storage, Jovanovic said that transport certainly affects the quality of the vaccine and that is why manufacturers always give instructions on how to provide transport.

“The Pfizer vaccine, which will probably arrive in Serbia the fastest, requires special conditions not only for transport, but also for storage at minus 80 degrees. “We have such conditions and refrigerators in research laboratories and I guess the state will provide additional refrigerators that will provide such temperatures.” Jovanovic pointed out.

She explained that this generation of vaccines is specific and added that the innovative therapy for the treatment of some rare diseases is very similar in procedure to the Pfizer vaccine, which belongs to the group of gene vaccines.

For example, for muscular dystrophy you have a drug that contains a single gene that carries information about a protein that is missing in the body and thus is given in therapy. When we talk about a vaccine like “Pfizer” or “Modern”, we do not have a gene, but only “An information that is transmitted to the cell, so that the cell itself synthesizes the protein that should stimulate the host’s immune response, so that we already have a ready response if we come in contact with an infectious virus.” she explained.

She stressed that there is no danger of introducing new genetic material into the body, because there are no genes and it is one of the most reliable vaccines.

“On the other hand, we have this group of recombinant vaccines, such as Sputnik, a Russian vaccine, and it is obtained by recombining the genetic material of the adenovirus and the gene that encodes the superficial structure of this coronavirus, which is important. to establish a viral infection. “The immune response is already to prepare both antibodies and a cellular immune response to meet the virus.” said Jovanovic.

Answering the question whether there is reason to be afraid that a vaccine of lower quality will reach us, Jovanovic says no, because there are many rigorous protocols that are applied not only in the production of the vaccine, but also in the registration of the vaccine on the market where to be used.

“Fear is completely unjustified. It compares to fear of any other technology being introduced into everyday life.” she added.

She pointed out that the collective immunity should be somewhere between 70-80 percent in order for us to be protected.

“The virus will continue to circulate in nature, so there will still be the possibility of infection. “The greater our collective immunity, the more people are immunized, the less likely we are to have more serious clinical pictures and epidemic outbreaks, we expect.” that these will be sporadic cases “, Jovanovic is finished.

Downloading parts of the text or the text as a whole is allowed without any fee, but with mandatory citation of the source and by publishing a link to the original text on www.021.rs. Photos are allowed only with the consent of the author.