Novak cut his hair to “zero”, and Serbia became a world champion! (VIDEO) 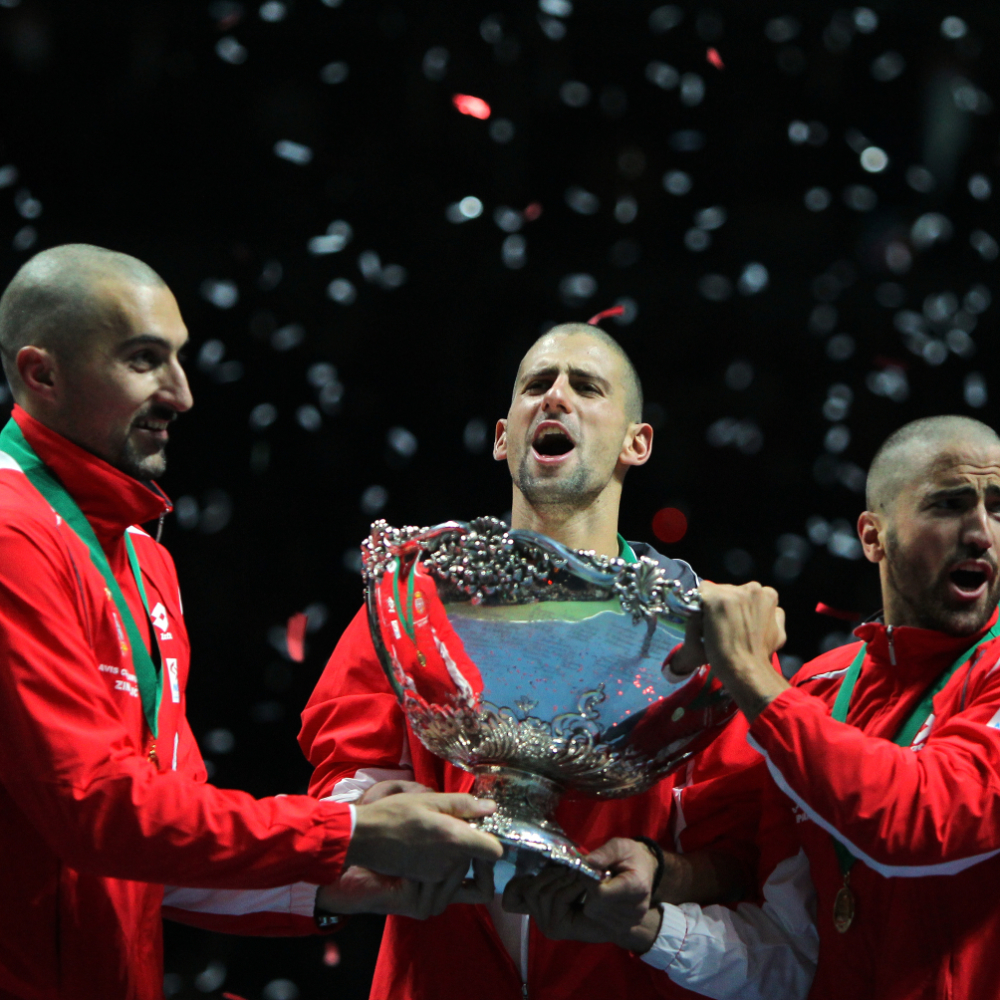 Exactly on December 5, 2010, Serbia became the winner of the Davis Cup for the first time in history and reached the top of our national tennis. Exactly that day, our team led by Novak Okokovic defeated the team of France in a very exciting duel in the final in Belgrade.

Can Serbia repeat this success and win the Davis Cup?

In the decisive match against the French, Viktor Troicki brought the third point to Serbia, defeating Michael Laudra with 3: 0 (6: 2,6: 2,6: 3). Earlier, Novak Okokovic defeated Gael Monfils with 3: 0 (6: 2.6: 2.6: 4) and leveled at 2: 2 in the match. Before that, Janko Tipsarevic was defeated by Monfils, and Okokovic equalized with a victory over Lesil Simon. After that, the pairs of Arno Clemens and Michael Jodra gave the French the advantage over the guests, and then a turnaround followed.

– Indescribable … I did not know how to react after the last point … This is the most beautiful moment in my life … – said Troitsky then.

– This is the biggest success in the career of every player … This is one of the greatest sports achievements … We are still not aware, as well as the nation, which was not tennis. “This is like we won the World Cup,” Djokovic said.

Our team from the bench was led by Bogdan Obradovic, while on the field were Novak Djokovic, Janko Tipsarevic, Viktor Troicki and Nenad Zimonjic.