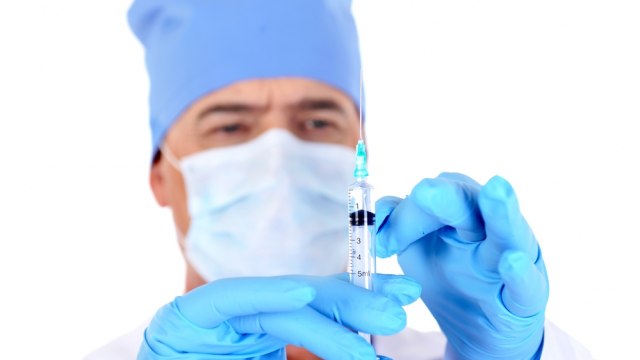 Pharmaceutical companies and research centers around the world are working to develop vaccines against covidium 19, and extensive global clinical trials of candidates are under way, involving tens of thousands of volunteers.

On November 18, the US pharmaceutical company Pfizer and its German partner BioNTek announced that the final phase of clinical trials of their vaccine had confirmed a 95% effectiveness, the highest of any candidate.

Another US company, Moderna, announced on November 16 that the late phase of clinical trials of a number of volunteers had shown that its vaccine was 94.5 percent effective.

Russia’s Sputnik V vaccine, the world’s first registered, showed 92% efficacy in the late stages of clinical trials, and these results were announced on November 11.

AstraZeneca said Monday that its coronavirus vaccine, being developed by scientists at Oxford University, could show 90% effectiveness without any serious side effects.

Sononson & Johnson announced they are on track to reveal the results of a vaccine test later this year.

In early trials, the rate of infection in volunteers was low, but jumped later in the fall, with new cases rising worldwide.

The results of the latest phase of Pfizer clinical trials show that among 43,000 volunteers, the coronavirus was confirmed in 170.

Moderna reported 95 cases of infection among participants in the late phase of clinical trials, Russia 20 and AstraZeneka 131.

The World Health Organization is seeking clinical trials to confirm the vaccine is at least 70 percent effective, the US Drug Enforcement Administration is 50 percent, and the European Medicines Agency says it may accept lower vaccine efficacy.

Pfizer and BioTech plan to apply for a US emergency permit in the coming days.

Moderna also intends to apply for an emergency use permit in the coming weeks. This should happen in the second half of November, as two months have passed since the vaccine safety data was received from half of the participants in the trial, as prescribed by the US Food and Drug Administration.

This means that it is unlikely that the Food and Drug Administration will make a decision before December.

AstraZeneka said on Monday that it would immediately prepare reports on test results, which it would submit to authorities around the world for conditional or early approval.

Authorities around the world will review vaccine data as soon as they become available, and it is not yet clear when this will happen or when agencies will make a decision.

China began vaccinating workers in those sectors at high risk of coronavirus infection in July. Hundreds of thousands of people have been vaccinated in this country so far.

At least four Chinese vaccines are still far from the final stages of clinical trials, including those being developed by CNBG, Kansino Bajologiks and Sinovak Bajotek.

On November 18, Sinovak reported that the middle phase of clinical trials elicited an immune response in the volunteers, but that their levels of antibodies to the virus were lower than in those who had been cured of covidium.

CNBG expects to announce the results of the early phase of clinical trials this month.

Sputnik V has received about 10,000 Russian nationals at risk of contracting the coronavirus.