Ana Brnabic warned of the difficult winter that awaits us, and then explained when the world will recover from the strike KOVID-19 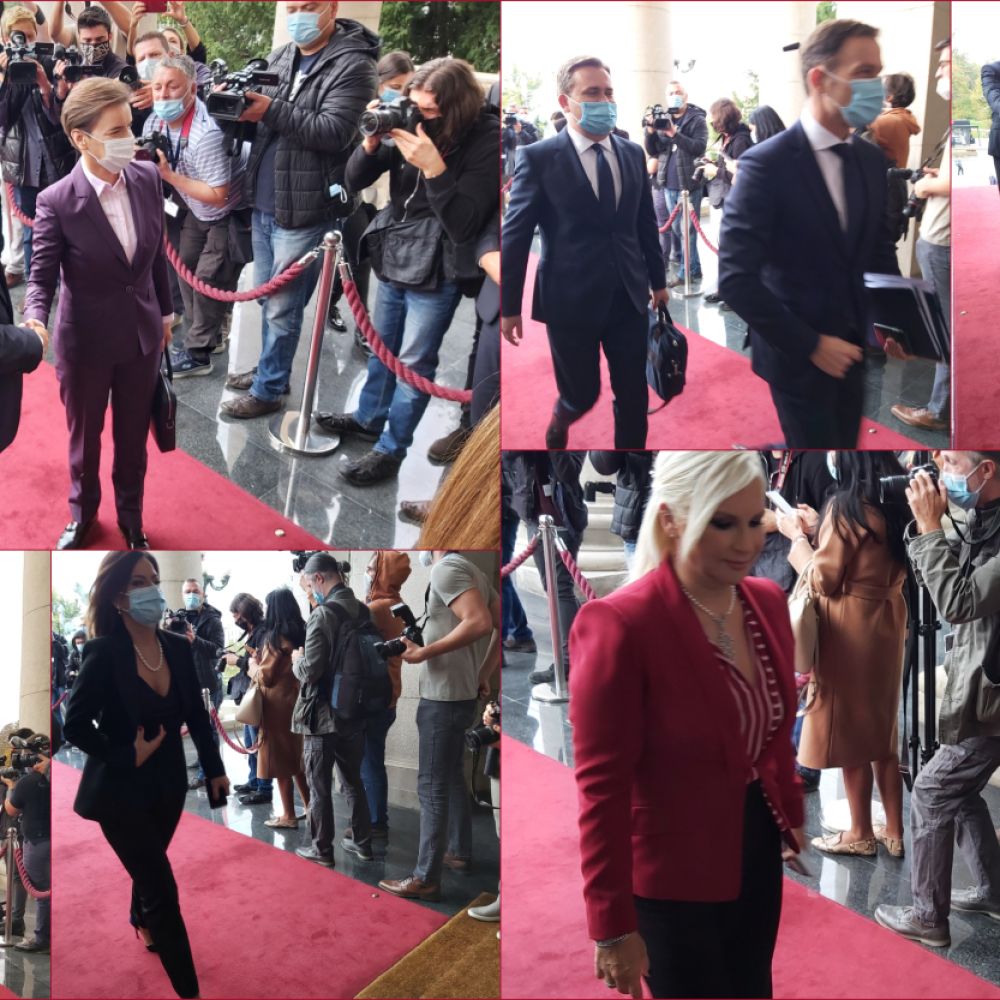 In the Serbian Parliament, the prime minister-designate of the new government, Ana Brnabiќ, will present her speeches today and will present the members of the cabinet.

– The program includes a list of specific areas and projects worth nearly 14 billion euros, which we must work on to achieve the goal in 2025. The goal is an average salary of 900 euros in Serbia, between 430 and 440 euros average pension. Everything in the program “Serbia 20/25” are projects that will chronically and obviously raise the quality of life of every citizen in Serbia – said Ana Brnabic.

– In recent months, the mafia considered itself stronger than the state. Our job is to show that the state is always stronger and that there is no playing with the institution. There is no tolerance for criminals and none of them will be protected. We must pay special attention to the security of President Aleksandar Vucic, who declared war on the mafia. We all witness threats against Vuќi и and his family, to the extent that any verbal or physical attack is expected, normal and understandable to everyone. The financiers of these attacks are very rich. Anyone who is a target of a criminal gang, and helps themselves in the fight against crime, will be protected. The key points to deliver a decisive blow to crime are as follows.

– Breaking ties and networks of influence in state bodies, politics and the media

10.30 – Ana Brnabiќ compared the salary of a health worker in the period from 2013 until today.

– The salary in the healthcare was shamefully small. The specialist doctor earned 67,540 dinars, the nurse 32,454 dinars. By 2020, we have increased the salaries of specialists by 57 percent, and of nurses by 67 percent. We know that even that is not enough and that we will have to work much harder to adequately pay health workers, and that will be, at the same time, one of the priorities. We are working on complete digitalization of the health care, we will provide all citizens with an “electronic card” with all the data that will be available to them at any time, as well as their doctors, in this way we will put the citizens in the center of the health system. The system will be more transparent, more efficient and will bring significant savings in the state budget that we can invest in health care. The challenges facing this government are also of a political nature, I mean the relations with Pristina, a dialogue to normalize the problem of establishing communities in Serbian municipalities, we will not give up on that.

10.15 – “Ana Brnabic: Serbia has ceased to be a country with lower historical defeats “

The MPs were addressed by Prime Minister Ana Brnabic, who was greeted with loud applause.

– Serbia has ceased to be a country experiencing historic defeats, and has become a country that wins. We stopped looking for excuses for failure, we started working, we stopped whining. We have succeeded in initiating an important transformation of society and the economy based on knowledge and innovation. We have achieved dynamic GDP growth. This year we will be a country with the best economic results in Europe. The unemployment rate fell by more than 6 percent and employment rose by 10 percent. We have created about 200 thousand jobs. Average wages are 34 percent higher, and the minimum wage has increased by 52 percent compared to 2016. We continue to fight KOVID-19, preserve the interests of the Serb people in Kosovo and Metohija, fight organized crime and the war against the mafia, preserve Serbia’s independence and independent decision-making, rule of law and accelerate reforms on our European path. The priority before this government is to protect the people and support the health system in the fight against KOVID-19. We are facing a difficult winter and a difficult year in 2021, in which we will have to continue this fight, as well as the whole world. We expect that the world will only be able to return to “some” normalcy in 2022. The world will not recover economically until 2029.

Future ministers will not have the opportunity to sit in the famous parliamentary restaurant, because due to the corona virus it works on the principle of catering, ordering and bringing food. This morning the restaurant was empty, and here is what today’s menu looks like.

10.10 – Ivica Dacic said that 206 MPs were present and said that there are conditions for the work of the National Assembly.

9.45 – Irena Vujovic, who will head the Ministry of Environment, also arrived in parliament.

9.43 – Muamer Zukorlic, who will serve as vice speaker of the Serbian Parliament in the new convocation, also arrived in parliament.

9.37 – Lawmakers and ministerial candidates are fast arriving in the Serbian parliament. The session starts at 10 am. The Vice President of the SPS and future Minister without portfolio Novica Tonchev was among the first to arrive.

After the debate in the parliament, a vote and an oath are expected, which reads:

“I swear allegiance to the Republic of Serbia and I honorably honor her for respecting the Constitution and the law, for performing her duty as a member of the Government conscientiously, responsibly and dedicatedly, and for advocating for the preservation of Kosovo and Metohija within the Republic of Serbia.” .

The Serbian government has 21 departments, including three new ones, dealing with village care, family and demographics, human and minority rights and social dialogue, as well as two ministers without portfolio.