Serine Basiru Guye would be in the ejection seat 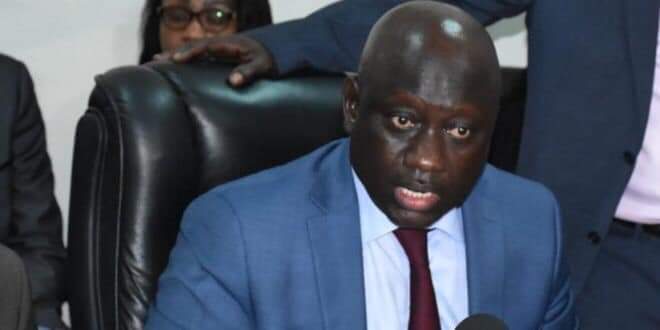 He avoided dismissal in 2014. But this time, the prosecutor of the Republic of Dakar, Serinje Basiru Guje, can pack the suitcases, according to our colleagues from Valfaji.

Behind the scenes at the Palace of Justice, it is said that even after Mimi left the Prime Minister’s Office, the Dakar chief prosecutor continued to report to the lady, instead of Sidiki Kaba. The latter was constantly insulted. He complained that he was unaware of certain files that Mimi whispered in his ear while he was the chief prosecutor at the time. It took the arbitration of the President of the Republic, McKay Sal, to cut the cable between him and his former boss and to sort things out.

Several names of “career prosecutors” are circulating in the hallways of the Ministry of Justice, as a replacement for the Dakar Procurator.

Leading the way in the media scene of the Ada Ndionge affair, the master of the prosecution has stood out in several political cases. In particular, he recorded the arrests of 45 “political prisoners” and activists and the invitation to 15 journalists between 2013 and 2020.