Communique of the Council of Ministers 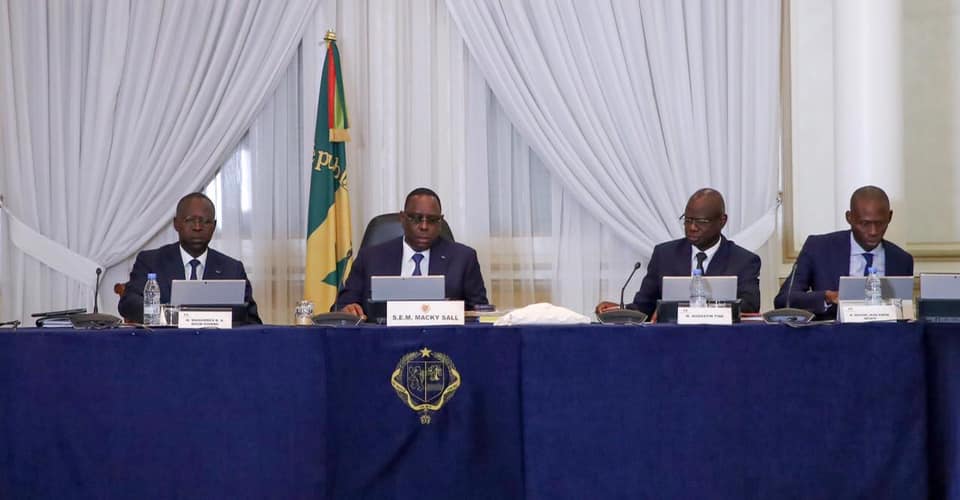 The head of state opened his communication, wishing good Holy Week to the Catholic community, and happy Easter. On this occasion, he increased social cohesion and Christian-Islamic dialogue.

The President of the Republic reaffirmed his will to continue with the dynamics of reducing the way of life of the state, signaling satisfactory results regarding the rationalization of the country's rental costs. He, on this subject, urged the government to reduce the absolute minimum rent by 2020.
Regarding the current administrative costs, especially those of water, electricity and telephone, he invited the Prime Minister to propose, no later than August 1, 2019, a regulatory framework for the modalities of subscription, use and payment of the current administrative costs.

Regarding the fleet of administrative vehicles, the President of the Republic requested from the government a new regulatory system for the conditions for the acquisition, allocation, use and transfer of administrative vehicles; not without the instructions of the Prime Minister to study the possibility of replacing budget funds for fuel, maintenance and repair of vehicles with representative accessories.

The head of state also reaffirmed his commitment to a general inventory of the built and undeveloped land inheritance of the state, as well as the revaluation of the country's portfolio, which instructs the prime minister to propose, from September 1, 2019, a strategy to evaluate and optimize this heritage.

The President of the Republic instructed the Minister of Foreign Affairs to establish new diplomatic passports in order to increase the rationality in their assignment.

As such, he stressed the need to ensure concrete follow-up of the results of the work of the Harmonized Food and Nutrition Framework in Senegal.

The head of state also stressed the urgency to finalize the National Program for the Modernization of Markets and Trade Areas, while urging the government to draft a law on commercial urban planning.

The head of state asked the prime minister to begin the process of drafting the first law on amending the budget in line with the new priorities of his mandate.

She urged the government to finalize, as soon as possible, the multi-annual budget and the document for economic programming for submission to the National Assembly by June 2019.

For co-operation and partnerships, the head of state welcomed the official visit of his Egyptian counterpart, His Excellency Abdel Fatah Al-Sisi, president of the African Union.

The official visit, according to the head of state, was an opportunity to strengthen the relations of friendship between Senegal and Egypt and to explore new frameworks for cooperation and partnerships that are beneficial to both countries.

In his communication to the Council, the Prime Minister, after the head of state, returned to stabilize the prices of basic commodities and consumer products.

Regarding government activities, the Prime Minister reported on the meetings of the National Patriarchal Council, which chaired the meeting on April 16, 2019.

The Minister of Finance made a communication on the implementation of the budget.

The foreign minister sent a message to the Council on the international situation.

The animal husbandry minister updated the epidemic of equine influenza and suggested that preventive, curative and prophylactic therapy was set up.

The Minister of Trade made a communication on the crisis affecting the bakery sector.

As a result of a review of laws and regulations, the council reviewed and adopted a draft constitutional review bill.