"We did not use this kind of maneuver against Bordeaux" 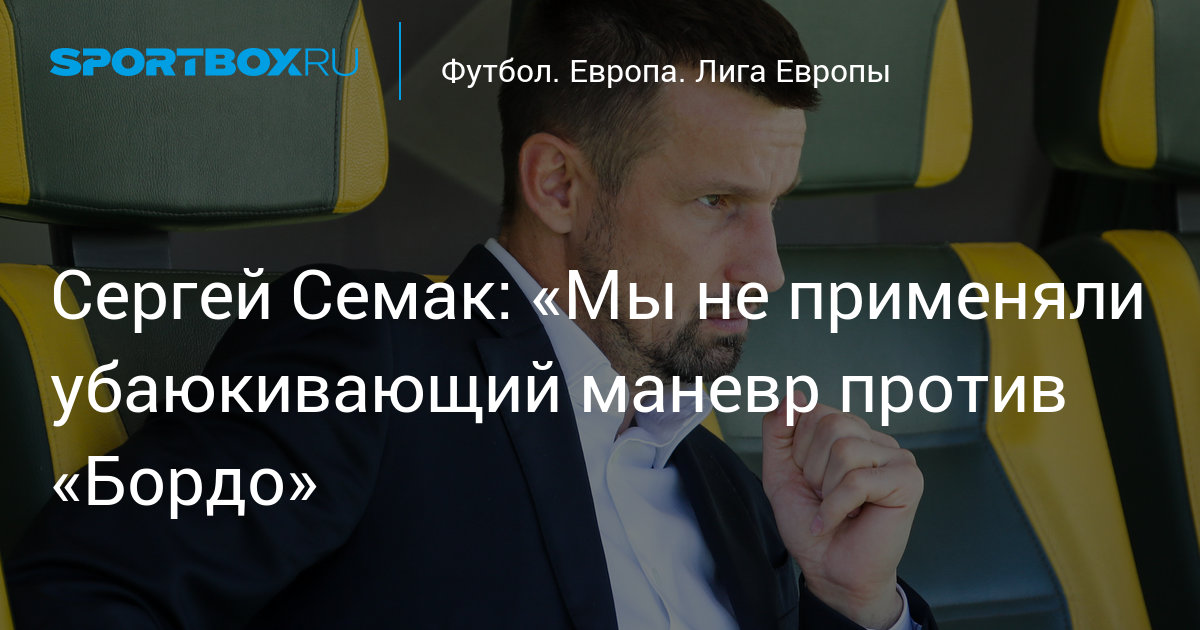 Coach Zenit Sergei Semak commented on the match of the team from Bordeaux (1: 1) in the 4th round of the Europa League.

– It is difficult to start the match. Probably a later time influenced the pace, and before the goal we lost, we did not look well. Then they started to work better, also under control. In the second half they played better, they managed to level up, but eventually they got together, they did not have enough strength, but there were good quick attacks in which we could win, although in my opinion we did not have enough to win. Although the result is generally acceptable, taking into account the density of the calendar. We have turned, two days later, next match, now we will prepare for it.

– Why did you choose a program with five defenders? And why did Mamman come back from the attack center, and not, say, Mevlya?

– Because the opponent has a very strong flank attacking players. Therefore, from those who were in our presence at this game, Nabiullinu and Anyukov on the edges would have enough difficulty in dealing. That's why we attached the sides. And why Mevlya? This is the usual position for him. He played on it, so it was easier. Based on the difficulties that arose and which I mentioned, we decided because it was easier to see the same Micah who played very well.

– Question for tactics. Of course, in the case of three defenders, the passage was forced. But how long have you played in this system? Only yesterday? And will this system work in the future, or will you leave it in such circumstances as today?

– We should have it in our arsenal, because we have central defenders, but not always enough flanks. We did not play, unfortunately we did not have time, so there were circumstances. But for many it was already known, the poet decided to use it. We played for the exclusion of some moments. Only for those who had not played before, there were difficulties associated primarily with the speed of movement and perception of the pattern. For the rest, all players assimilated it normally and managed it.

– "Zenit" has been an observer for a long time. Is it due to the opponent or a rocking maneuver? And was it unexpected for you that the stadium was filled with 10-15 percent?

– We did not use any rocking maneuver. The opponent at the beginning was very active, moved faster, naturally fired and had an advantage. As for the presence, we were not surprised because we watched previous matches. Unfortunately, a very small number of fans are going to Bordeaux in the European League. In the championships the situation is different, especially when the leaders come and also in the European League. But we were not surprised.

– In the continuation of the topic of tactics. In the scheme with three main on the flanks can play both defender and attacking players. Why did you choose Nabiullina and Anyukova, not Maka and Shatov, for example?

– So we tried and Mac. Initially, we really played this way, we had the opportunity, but taking into account the status of other players during the match, if we did not score and we had to attack more, we could fire someone more attacking on the second flank. So – yes, there are both options. But once again – for our attacking players, this system must be better understood so that there is no unnecessary risk, especially in defense.

– You gave the rest to Dzuba and Iwanowicz …

– It is not true with Dzuba. We did not let him rest, he had injuries.

– Will he be able to play with CSKA?

– Tomorrow we will come and decide. While he is not training, he is involved individually. We'll find out tomorrow.

– But do all these means mean that you remember the match with CSKA and put it higher than the game in Bordeaux?

– I've already said that Dziuba has a health problem. If we talk about Ivanovich, we closely monitor his condition. Putting him in such a duel after what he already received was risky. He is very tired. Therefore, understanding this, we just decided not to take it 4.5 hours back and forth so that it would enter the field for 10-15 minutes. We decided to take care of it. He does a lot of work, he plays a lot, so he needed a break, regardless of the next opponent. In the case of CSKA, we are starting to prepare from now on. 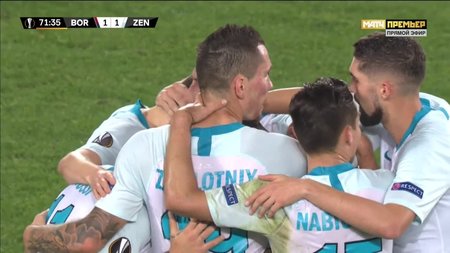