The brain has intestinal bacteria, 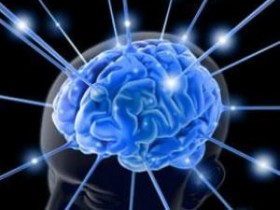 They suggest that bacteria can live in the cells of a healthy person "- we read in an article in the Spanish newspaper ABC.

"Thanks to the photographs taken under the electron microscope, scientists have found that inside astrocytes – cells that" help "neurons – and also inside certain neurons, there are bacteria abundant in the intestine, in the brain of patients with schizophrenia, it is not yet known what role these microorganisms play – positive, negative or neutral "- says the article.

The study was conducted by Rosalind Roberts, Courtney Walker and Charlene Farmer (University of Alabama, Birmingham, USA). "Roberts, who conducted the study, stressed that these are preliminary findings – it is possible that the bacteria were included in the samples while preparing the tissues for analysis, but noted: if the conclusions are confirmed, this discovery will indicate a close relationship between the microorganisms and the brain", he writes. newspaper. .

Many congress participants are interested in the prospect that bacteria can be associated with what is happening in the brain, including diseases. It is believed that the brain is protected by a hemato-encephalic barrier that prevents substances and cells from other parts of the body, the author reminds. "It is known that some viruses and bacteria that overcome this barrier cause inflammatory reactions with serious consequences," the newspaper said.

The publication contains detailed data from the study: bacteria found in all brain samples of 34 recently deceased persons. Half of the samples were taken from mentally healthy people and the other half from schizophrenics. Roberts also found bacteria in the brain of healthy rats. Scientists have found that all these bacteria in the brain are: Firmicutes, Proteobacterias and Bacteroidetes. Roberts suggested that they could enter the brain through the circulatory system, nerves or nose.