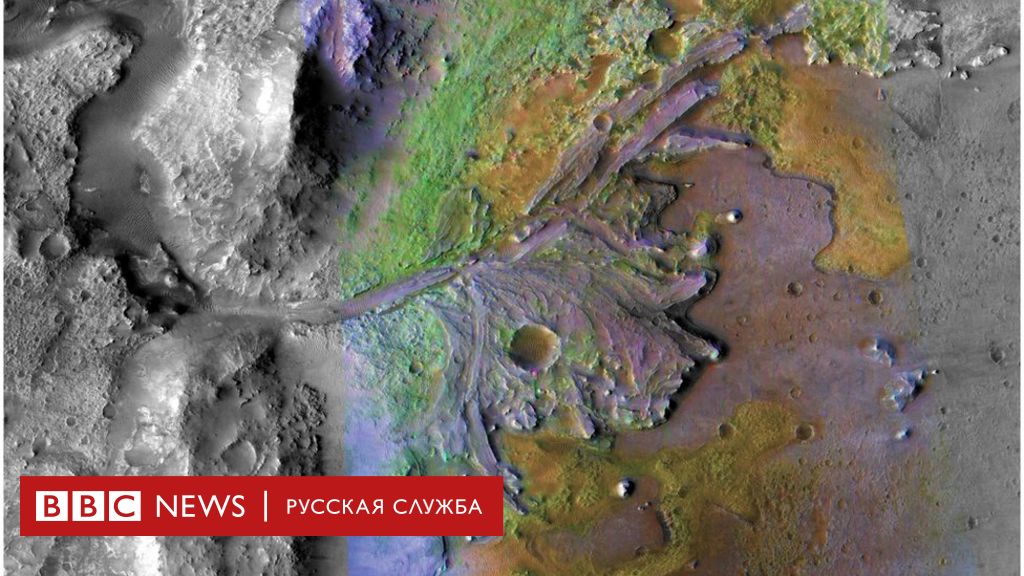 The US Space Agency (NASA) has decided to send a new rover to Mars in 2020 to the Crater Isero.

NASA believes that the signs of ancient life on the red planet could remain in the rocks of this crater, whose width reaches 50 km.

Satellite imagery on the Lake shows that there was a delta of the river that flowed into the big lake.

Bacteria may arise in such an environment, 3.5-3.9 billion years ago. At that time, Mars was warmer and more wet than it is now.

According to NASA manager Ken Farley, the delta river perfectly preserves biological attributes – any evidence of life that "can exist in the lake's water, in underwater sludge, as well as in the main waters that the river was carrying and they could survive in delta "he told reporters.

Numerous rock species in the Lake, including carbonates and clay, could also conserve organic molecules, which would be a sign that life ever existed here.

The depth of the crater is 500 meters, she was selected after four years of consultations with Mars researchers. Lake has become a favorite for voting at one of NASA's recent conferences.

The crater is located north of the equator of Mars. It is named after the Bosnian city; in some Slavic languages, "lake" means "lake".

One of the other key goals of the 2020 mission is to choose and "pack" rock samples into small Jerry cans that can be collected and delivered to Earth for analysis during future missions.

NASA is working with the European Space Agency for this initiative, but it's not clear when it's possible to pick up containers for samples.

The project is still at an early stage, said Thomas Zurbuchen, head of the NASA Scientific Directorate: "Depending on how things are happening, this can be the beginning of the 2030s."

The 2020 Rover Project is based on a robot "Curiosity", which NASA planted in the Gale Crater in 2012. "Curiosity" was a huge success, and the agency wants to repeat it. Using the same "form" saves money on spare parts.

However, in terms of leadership, the new device is slightly different. Yes, he will again have cameras, automatic hand, exercise and laser. But sensors and analyzers were also installed on the new model. Rover can even conduct an experiment: check how future astronauts can produce oxygen on Mars.

The new robot will use the same Skycrane technology, which six years ago made a precise landing of the "Curiosity", but with a little addition. The engineers have developed a new Terrain-Relative navigation system, which should provide even greater accuracy when landing.

What else can you expect on Mars?

Mars missions can be played only in a short time window due to the specific location of the planets.

The 2020 mission will be launched in July-August and will reach the red planet by February 18, 2021.

After Mariner 4 went to Mars in 1965, we sent vehicles into orbit, landed and drove along the surface of the red planet, "said Lori Glasze, Acting Director of NASA Planetary Research.

"And we will have the opportunity to continue this successful story in a week when we plant Insight on the surface. We look forward to doing it," added Eyes.

Unlike the rover of 2020 and curiosity, Insight is a static module. His first mission is to "look inside" on the planet. He will use seismometers to study "wave shake" to analyze the inner structure of the planet.

The European Space Agency is also sending a rover to Mars in 2020. European scientists have selected the destination Oxy Planium. Satellite images show that, as in the case of Lake and Gail, there are signs of water in this area.