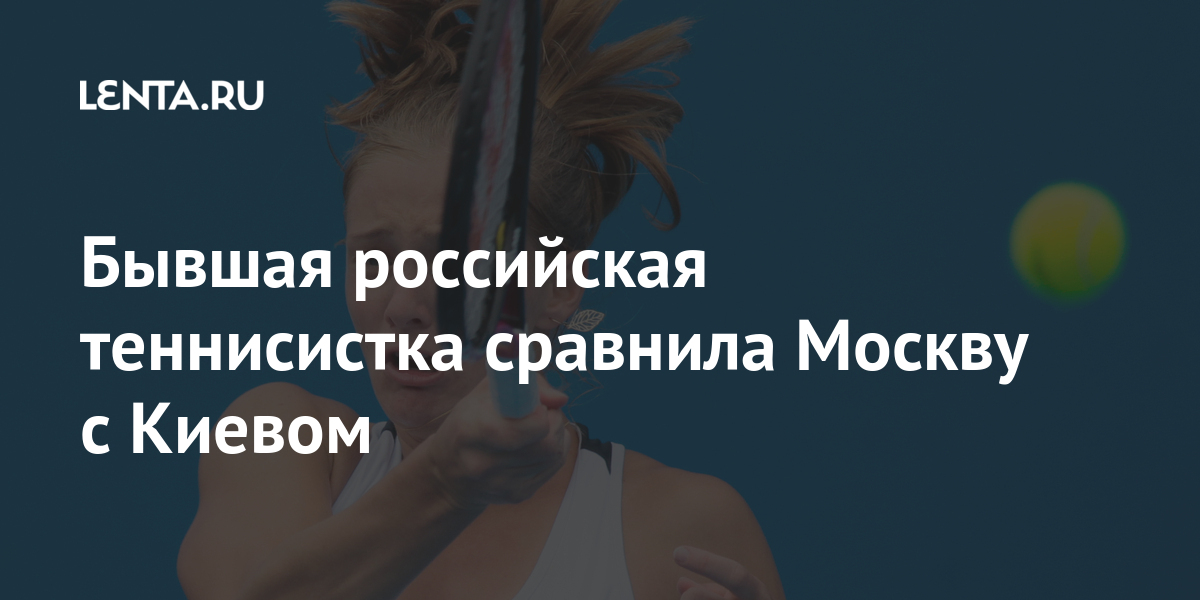 According to the athlete, the weather in the Ukrainian capital is much better than in Russia. “More sun, it affects the mood. “Winter is a sad time in Moscow,” Chakvetadze said.

At the same time, the tennis player added that there is a lot of fun and ways to relieve stress in Moscow. The Russian also noted that she spends most of her time in Kiev because Ukraine is her husband’s homeland.

Anna Chakvetadze announced her retirement in 2013 at the age of 26. In 2007, the athlete reached the semifinals of the US Open Grand Slam in singles, the same year she was ranked fifth in the ranking of the best tennis players in the world. She has also won eight tournaments in the Women’s Tennis Association (WTA).

We have more interesting news in “VKontakte”