Bestemyanova: 4th place in Zagorski and Gureyro in free dance – just a failure 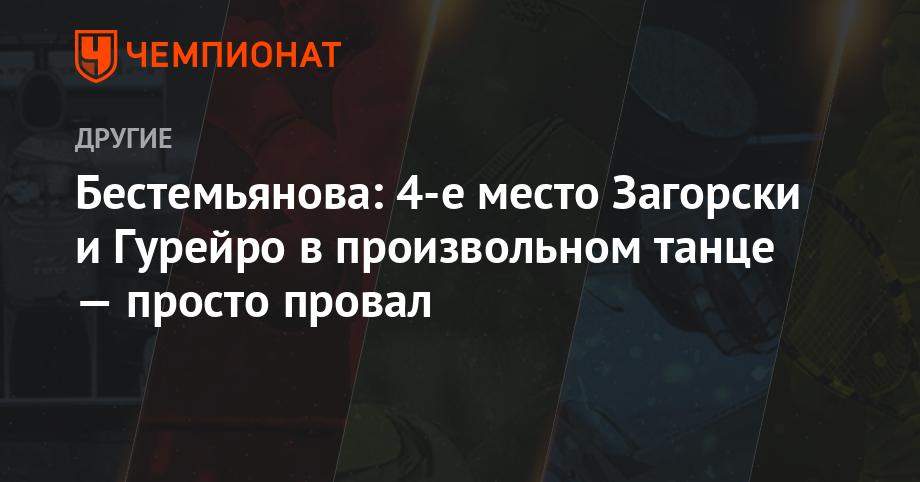 Bestemyanova: 4th place in Zagorski and Gureyro in free dance – just a failure

Olympic champion in the ice dance Natalia Bestemyanova commented on performance Tiffany Zagórski and Jonathan Gureyro in the Grand Prix in Japan, where the duo took second place in two programs.

"Free dance is very interesting and good, but they can not cope with it." The director made a program for himself, hoping to learn all the elements, but it does not work so far.

Fourth place in free dance is just a failure, Gureiro made poor support, they overtook him. Everything together gave such a result, although it was necessary to win with the American couple – it is a pity that it did not work.

Zagorski and Gureyro came second in the Grand Prix in Japan