What happens to Renault after the arrest of Carlos Gosn. A decision of the French state 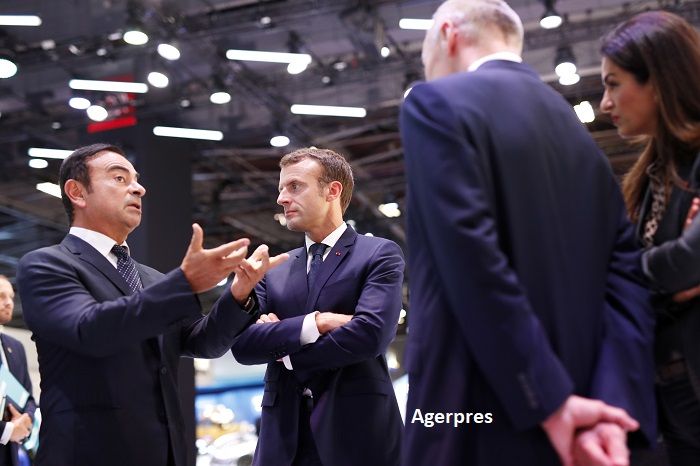 French Economy Minister Bruno Le Maire said on Tuesday that it needed a temporary leadership in Renault, saying President Carlos Gosnn "is no longer in a position to lead the group," although he admitted there is currently no evidence to accuse him, AFP.

The French state has 15% stake in Renault.

"We will not look for Carlos Gosson's formal departure for the Board of Directors for a very simple reason: we have no evidence to accuse Ghosn", said Bruno Le Mayer.

He also said he should meet with state officials in the Renault group this morning "to ask them to form temporary leadership immediately because Carlos Gosn currently is prevented from leading the firm"said Le Moore.

A spokesman for Renault confirmed that the AFP will hold a meeting of the Board of Directors on Tuesday afternoon.

Even if he is of the opinion that Carlos Gosn is no longer able to lead the Renault group, Bruno Le Maire suggested that the French authorities did not identify any tax fraud in France by Carlos Gosn. "There is nothing special to report on the tax situation of Carlos Gon in France ", the French representative said. "I have to have evidence before I make a decision ", said Le Mer, whose state responsibility is to provide "The stability of Renault, the future of Renault and the consolidation of the Nissan alliance."

Nissan's board of directors should decide on Thursday to dismiss President Carlos Gosn and the Japanese manufacturer Mitsubishi Motors (MMC) announced a similar decision.

At the age of 64, Carlos Gosnn was the one who led the Renault-Nissan Mittibi alliance at the forefront of the world automotive industry, a success that brought him a once-contested compensation. According to the consulting firm Proxinvest, for his various positions in the Renault-Nissan-Mitsubishi alliance, Carlos Gosnon was awarded in 2017 with 13m euros, of which he received 7.4m euros as CEO of Renault.

The Renault-Nissan Alliance, expanded in 2016 with the involvement of Mitsubishi, became the world's largest carmaker with 10.6 million units last year, more than Volkswagen and Toyota. At present, the Alliance groups 10 car brands (including Dacia, Lada, Samsung Motors, Alpine, Infinity, Datsun, etc.) With 470,000 employees and 122 factories on all continents.