The highway that the government wants to kill. The associations criticize the intense intentions of the Board 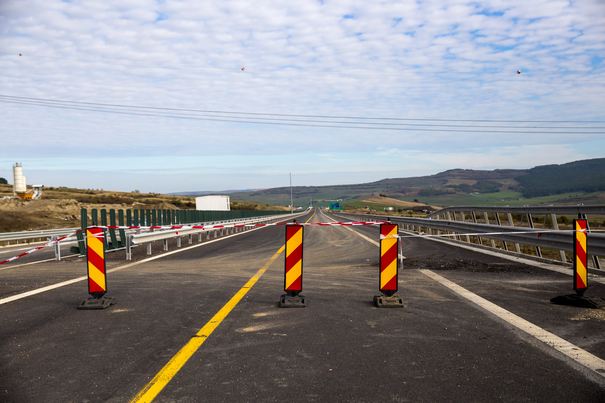 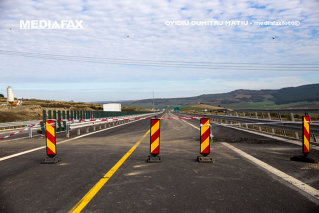 The association "Moldova Wants Highway" and "Together for A8" strongly criticize the government's intention to abandon the Iasi-Târgu Mures 8, claiming that she and Bacau-Brasov (A13) are not competing with each other. An important issue is whether the ministry of transport is analyzing and how much it costs.

"The idea of ​​the Ministry of Transport was to examine and compare the strategic options in connection with the development of relations between Moldova and Transylvania. In fact, the analysis ends with unprofessional mixing of various arguments and numbers, many of them were presented with great reserve by the authors, but subject to the authority of EBI PASSA that the highway Bacău-Brasov should be the only east-west relation, from the very beginning we clearly state that the two highways planned in the main plan of Romanian transport (MPGT), namely Ungheni-Iaşi-Târgu Mureş (A8) and Bacău-Braşov (A13) do not compete with each other, but only hierarchically, guided by the development policy of the European TEN-T network. Below are the main reservations with which our associations reject the main idea of ​​Analysis – which seems to be built only to confuse society and block the implementation of the A8 Ungheni-Iasi-Targu Mures : False thesis

All the analysis required by MT and CNAIR is based on a completely false thesis that solving Moldova's economic problems would be to find a transition through the Carpathians (if possible, even the cheapest), and not on the Moldova connection as soon as possible. to the European road transport network The development problem of the Moldavia region can be solved by direct and quick connection to the European motorway network. And the A8 motorway Ungheni-Iasi-Târgu Mureş is doing just that – it connects Moldova with Transylvania and Central and Western Europe straight away, connecting to the A3 motorway.

It is not that the Ministry of Transport is trying to deceive us, but for communication on an existing or already existing motorway that ends in Târgu Mureş.
The A13 motorway, Bacău-Braşov, is nowhere to be found. Then there will be more years and years waiting to connect Braşov to A3 in Sibiu or Târgu Mureş, links that are not mentioned even at the level of discussion, not the project. The MT document is about crossing, when the problem is really communication, "says the joint message of the" Moldova Wants Highway "and" Together for A8 "associations.

The signatories also indicate that the master plan can not be replaced by a "knee" analysis over several years.

"The main transport plan for Romania is the result of several years of analysis and negotiations with the European Commission and its experts. In this strategic and operational document, the priorities for the development of the motorway network in Romania, in line with the European network and funding possibilities, 2014-2020 respectively. priority A8.

The idea of ​​the Ministry of Transport to compare now, at 13 o'clock, again all 4 (four) intersections between Moldova and Transylvania, in a kneeling analysis, with dubious numbers, proves the lack of professionalism and can easily accuse of hidden interests, unrelated to the purpose of the Ministry and the general interest of Moldova ", members of both associations also notice.

According to the analysis of the Romanian Master Transport Plan, the A8 motorway has a RIRE (national economic efficiency ratio) factor significantly higher than the A13 Bacău-Braşov.

This RIRE defines the final result and hierarchy of financing and achievements: the Paşcani-Jassy-Ungheni sector has a final result of 75.15%, Paşcani-Targu Mureş 59.24% and Brasov-Bacau 47.78%.

4. The analysis of the bank (EIB) granting loans can not be the same as the analysis of the European Commission, which provides non-returnable funds. This document, called Analysis, is carried out with the support of EBI PASSA, with the fingerprints of a financial institution, as if a loan from a bank was to be carried out, the analysis often mentioning the cost-benefit ratio.

The European Structural Funds (POIM), which are non-recoverable, are destined for development, taking into account many criteria, analyzing the A8 motorway at the core of the TEN-T.

The results of BEI PASSA analysis are surprisingly contrary to the analysis carried out by AECOM (an international project, a company providing construction and technical support services with experience and expertise in the field of transport infrastructure) within the existing and approved Master Transport Plan of Romania "- quoted source quotes.

These two associations indicate that the A13 Bacau-Brasov motorway is included in the main plan as an additional corridor (item 10/11 in MPGT) and is not transferred to POIM in the budget for 2014-2020, and the traffic data on which it is based Ministry analysis Transport is false.

That is why associations ask a few questions:

1. Does the Ministry of Transport officially accept this analysis or is it trustworthy?

2. Why additional research runs counter to European priorities and the main transport plan, 11 years since the construction of motorways in Moldova?

3. Does the European Investment Bank officially accept this report?

4. What was the analysis from the EBI PASSA?

5. Who assumes the costs of this at least unprofessional analysis that seems to support hidden interests?

The transport minister, Lucian Şova, should urgently announce whether he renounced the construction of the Unirii highway, deputy PNL Laurenţiu Leoreanu turned on Sunday, stating that in this case "the government of Dragnea-Dăncilă plays Moldova."

"According to some information at the Ministry of Transport, the Dragnea-Dăncilă government is considering abandoning the Iasi-Târgu Mureş motorway for another variant of the motorway", Laurenţiu Leoreanu, who is also the PNL vice president, press release on MEDIAFAX Sunday.