Prosecutor Cristian Lazar is accused of causing a traffic accident 17 years ago, after which the official died. The minister who escaped his lawsuit 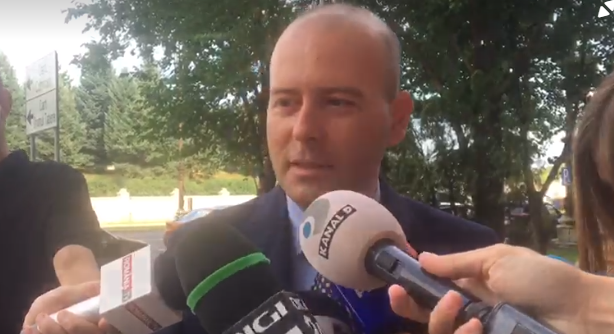 Cristian Lazar created a car accident in December 2001, When he was a prosecutor in Timisoara, and then the official died, but the moment he was asked to sue, Justice Minister Cristian Diaconescu refused, according to Antenna 3.

Accusations against Cristian Lazar. The prosecutor caused a road accident that killed an official

Cristian Lazar committed a car accident on December 3, 2001, when he was a prosecutor in Timisoara, according to the documents presented by Antenna 3.

The prosecutor was driving a car with two people, he lost control of the car and entered the car by car. One of the people in the car, a clerk, was asked and she lost her life.

A year later, in 2002, Cristian Lazăr was charged with premeditated murder, the case was brought to the Prosecutor's Office of the Court of Appeal in Timisoara, and in 2004 she was called to trial. Justice Minister Cristian Diaconescu then dismissed the request and the case was closed, according to the quoted source.

The husband of the dead cemetery in an accident that was produced by prosecutor Cristian Lazar claimed that everything was masked.

"It was very cold, it was not snow, it broke, and then it entered the tram pillar, it was back, the door opened, it was exposed to these concrete pavements and (…) I understand that he said he did not drink when I was in Timisoara, he wanted to hide some things, and the Timisolarze Court of Appeal was a senior prosecutor, old man, he saw me at the age of 43, and he says it would not be worth it anymore … The prosecutor said if he did not go next, this action comes from, to, I took a collar with a policeman and said: "What did you do or hide?" He entered, politics came in, and politics … and the first that was going to stop, no, do not go outside during events (…) His colleagues do not know that he killed a man? ", he told his husband of the stun in Antena 3.

The prosecutor Cristian Lazar, contacted by television, did not want to comment on this topic.

The name of prosecutor Cristian Lazar has recently appeared several times in public space because he ordered that the accusation of President Klaus Iohannis not be initiated when he was the mayor of Sibiu, and the resolution According to Justice Minister Tudorel Toader, the case was put in the files of the candidate of the current prosecutor general Romania, Augustine Lazara, later appointed by Klaus Iohannis for office. Cristian Lazar also applied for leadership in the National Anti-Corruption Directorate after the invalidation of Laura Codruty Kovesi.

The content of the website www.mediafax.ro is for personal and for use only. is forbidden republish the content of this site without the consent of MEDIAFAX. To obtain this agreement, please contact us at [email protected]