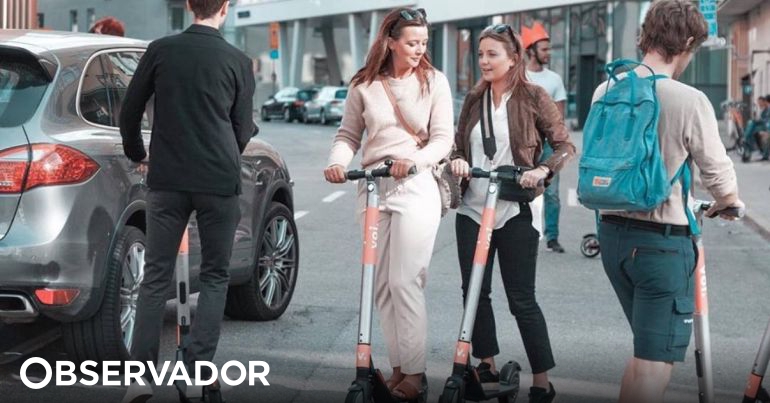 Common electric scooters have recently arrived in Portugal from Lime, and now there are more companies that want to enter the country with this novelty of urban mobility. One of them is VOI Techonlogy, a Swedish startup with investors such as Justin Mateen (co-founder of Tinder) and Nicolas Brusson (co-founder and CEO of BlaBlaCar). The company received approximately EUR 48 million from the investment series A of the Balderton Capital series to "enter new markets such as Portugal, Belgium, the Netherlands, Luxembourg, France, Germany, Italy and Norway," he stated in his statement. .

VOI Technology is currently recruiting because in LinkedIn you can see a responsible person who, among other things, chooses employees for the marketing and business departments of the company in Portugal. This expansion, which in the company's opinion will be "fast but durable", promises competition for other platforms of this type of mobility, which also want to come to Portugal, such as iomo.

We believe that the use of streets and municipal infrastructure to create a company can not take place without full cooperation – and support – with these cities, "said Fredrik Hjelm, CEO of VOI.

The company, which was the first European startup that has invested in this new form of urban mobility, says it wants to "work side by side with the political authorities and decision makers to improve the local transport network in all cities."

Like Lime, which is in Lisbon since October, VOI scooters have a basic price of 1 euro and cost 15 cents per minute. Currently, the company already has over 120,000 users. "Our electric scooters offer a faster alternative to pedestrians, simpler compared to bicycles and more sustainable than buses for fossil fuels, taxis and private cars," says the CEO.

The phenomenon of electric scooters reached Portugal, now, through Lisbon. If VOI will follow the trend, it will also be from the capital of the country, which will make these transports available.

The market for shared electric scooters has been growing exponentially since 2012, when it emerged in San Francisco in the United States. Even with the controversy about how users use them – sometimes without a helmet and often leaving them in the middle of rides – it grows exponentially.