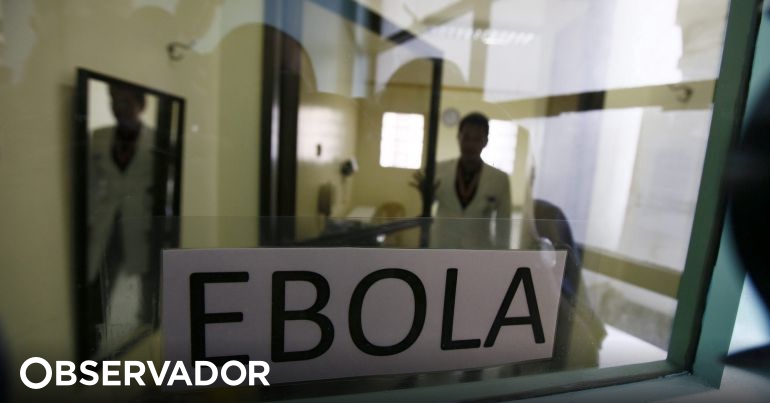 The number of deaths from Ebola infection in the provinces of North Kivu and Ituri in the eastern Democratic Republic of the Congo rose from August 20 to 209 from August 1, the World Health Organization (WHO) said Tuesday.

The WHO data indicates that 23 people have died as a result of the spread of the virus from the last update of November 4 to Sunday. The most significant number of deaths from this virus occurred in the province of North Kivu, in Beni (91), Mabalako (67) and Butembo (18).

More women than men lost their lives as a result of an epidemic in the provinces of North Kivu and Ituri, the most populated DR of Congo, declared on August 1. Among women, the age group with the largest number of deaths is between 15 and 24 years, while the majority is between 35 and 44 years in men.

Case files – the vast majority of confirmed cases – also increased from 300 on November 4 to 333. In both cases, the number of probable cases was 38. Among the confirmed cases of infection are two nurses, bringing health workers infected with Ebola virus to 27. In the group of professionals, who provide medical care in DR Congo, the three ultimately died of the virus and died.

On November 4, 26,687 people were vaccinated in DR Congo, including 9 105 members of humanitarian, governmental and non-governmental organizations, and 7,006 children.

The Ebola epidemic was reported in Mangina, in the provinces of North Kivu and Ituri, spreading near the border with Uganda in Beni, the region of the armed ADF group, which multiplied attacks on civilians, which complicated the response to health. To prevent the spread of the epidemic, Uganda carried out a vaccination program for officials on the border with DR Congo, crossed daily by hundreds of people in normal transit.

In recent months, the UN fears the spread of epidemics in Burundi, Uganda, Rwanda and South Sudan, and last week the Security Council resolution called on these African countries to strengthen operational capabilities to fight the disease, in full cooperation with the WHO.

The Ebola epidemic is already the largest epidemic in the country, the government said last Saturday. "[Esta epidemia] it just exceeded the level of the first recorded epidemic in history [da RDCongo] in 1976, "Health Minister of Congolese Oly Ilung Kalenga said in a statement issued by the Spanish news agency Efe. DRCongo was hit nine times by Ebola, after the first appearance of the virus in an African country in 1976.

In 1995, the Ebola virus, which is transmitted through physical contact through infected body fluids and causes hemorrhagic fever, killed 250 people in Kikwit, in the province of Kwil, southwest of the DRC.

"No other epidemic in the world has been as complex as the one we are experiencing today," said Ilunga Kalenga, recalling the rejection, threats and attacks often faced by medical and humanitarian teams operating in the provinces of North Kivu and Ituri.

For the first time, the Ebola epidemic was announced in a conflict zone in which there are a hundred armed groups, which leads to the permanent resettlement of hundreds of thousands of people who may have had contact with the virus.

Uncertainty complicates and limits the work of health professionals who suffer from attacks and even kidnapping from rebel groups, such as three civil protection officials and an epidemiologist in the city of Matembo.