MotoGP: Miguel Oliveira with a positive test in Valencia 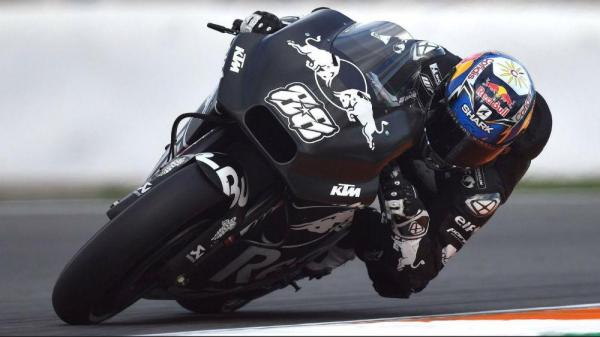 Miguel Oliveira concluded this Wednesday on the second and final day of MotoGP's pre-season tests in Valencia. The first test for the Portuguese driver next season will make his debut in the top class of world speed and serving Miguel Oliveira has the first contact with his new bike.

The Portuguese KTM Tech 3 cyclist, a KTM satellite training, drove in his best round of 1 '33.798, clocking in a 45th round of 46 laps that took place on the Ricardo Tromo track on Wednesday and exceeded for more than a second trademark on the first day of testing.

Miguel Oliveira ended the day at 3.041 on Maverick Viles (Yamaha), who was the fastest of the pre-season tests when he ran in the 1st 30.757, making 57 laps on the final day of the Valencia tests and transferred to second position Andrea Dovizioso (Ducati) at 0.133 seconds, while Mark Marquez (Honda) was the third fastest in 0.154 seconds.

He also notes for Jorge Lorenzo that in his debut with Honda, he has found some difficulty adjusting to the new engine, after two seasons in Ducati, finishing the tests with the 12th best brand of the 0.827s Vilnius.

The second and final test day in Valencia was marked by some accidents, including the return of Jonas Folger, a test driver for Yamaha Europe, who did not escape a violent collapse without physical consequences in the final phase of the test completely destroying Yamaha M1.

Official tests ahead of the season will return next week, November 28 and 29, on the track Angel Nito-Jerez, and will be the last two days to work before a long winter break.

Here's the time after two days of testing