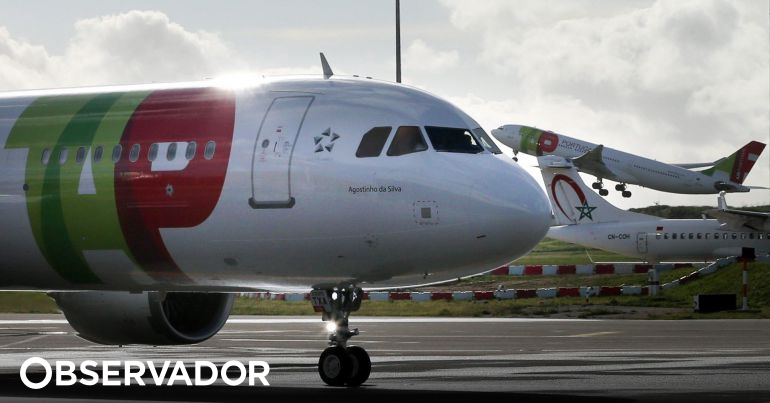 Members of the TAP appointed by the state an emergency meeting with the executive committee, Jornal de Negócios (content for subscribers only), after it was aware of the company's decision to distribute prizes in the amount of 1,171 million euros to 180 people. Among them are two top images – Abilio Martins and Elton D? Sosa – who received 11 thousand euros. Also, Stephanie Silva, the wife of the mayor of Lisbon Fernando Medina, is among the people who received TAP bonuses last year, the newspaper i (paper version) added, revealing the names of those who received the awards.

Stephanie Silva worked at the legal office for just over a year and would have been the only person in the company's legal office to get a bonus, according to the same newspaper. The awarded bonus exceeded 17 thousand euros.

TAP delivered a bonus of 1.17 million euros administrators and some employees, even with losses of the company to reach 118 million euros. Bonuses will be distributed to 180 people, along with salaries in May, and the names are starting to be published.

Only 220 thousand euros were delivered to two senior managers: Abilio Martins, from the Board of Directors, and Elton D'souza, who works on revenue management, received 110,000 euros. The third in the list of the highest bonuses is the technical director Mario Lobato de Fariya, with 88 thousand euros. The remaining amounts are equal to or less than EUR 30 thousand.

Asked by Luso, Paulo Duarte, the Situation Coordinator of the Air Force and Airfields Alliance, confirmed this situation, saying it was strange that the TAP took this initiative which was never a common practice and that it would begin inequality among workers due to lack of equality " , because only a few were selected. "We do not understand this because in the year we made a profit [2017] the awards were distributed by everyone ", and equally, the leader of the union equally identified. Paulo Duarte said that this strategy created an" accident "in the company and left an even more open reaction to the union, which did not want to explain the details.

Last year, the TAP Group reported a loss of 118m euros, compared with a profit of 21.2m euros recorded in the previous year, the company announced in March. "We had a consolidated net loss of 118m euros […]. The results outweigh the losses, as the company is not only affected by its financial result, "said TAP Executive Committee Chairman Antonoualdo Neves. In return, the Group's revenues increased from 2,978 million euros in 2017 to 3,251 million euros in 2018, an increase of 273 million euros, which is 9.1% more than the same period last year.

"2018 was difficult for TAP and operational, economic and financial, but it was a year that did not jeopardize our future. One year that allowed us to continue to take root so that the strategic plan can be implemented as planned," said the president TAP Board of Directors, Miguel Fraquillo.