it must remove water, earth, and rocks to save other victims-an observer 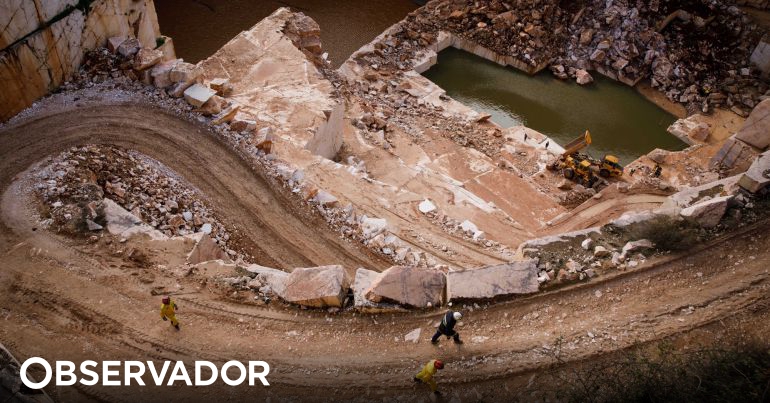 One of the victims of the landslide in the Borba quarry was saved from good early Tuesday afternoon. "This afternoon, we received a window of opportunity that enabled us to successfully perform the rescue of the machine operator," the ECOS Commander of the Eurasian Jose Ribeiro confirmed at the press conference at the end of the day.

The idea was to remove the second victim on the same route – with a crane mounted at the level of the road – but the weather conditions did not ease the work. Heavy rains and water flowing through slope errors increase the risk of further landslides. This danger requires a careful assessment of the operations that can be carried out there to protect the physical integrity of elements of firefighters tasked with saving bodies. "The perimeter is very unstable, with a high risk of slipping the masses, which was confirmed throughout the day, which was made difficult by the precipitation that occurred during the afternoon," Commander Ribeiro told reporters.

The two confirmed victims with a backhoe operation from one of the companies that use marbles in the area – ALA de Almeida – when the accident happened on Monday.

The first worker who was about to retreat was the only body whose body was visible, though partly. In the rescue operation, it was necessary to remove large stones and the land that the man was covering. The death was declared after the 49-year-old man was lifted and the body was taken to the Institute of Legal Medicine. Things continued until 22:00 to remove the second body, a 57-year-old man who is still captured in the rubble.

Civil Defense Command "Evora" has not yet confirmed the total number of victims and only lists the instructions of witnesses who saw at least two vehicles, along the backhoe, were pulled down the road that fell into the quarry pit. "With all probability," the commander added, two other vehicles "will be removed by mass slides – where it is assumed that three people can be together."

Earlier in the afternoon, the PRR confirmed that there were at least three people in the area: 85-year-old man from Alandroal, who moved to Vila Visosa, and two men from Benjatel, who together went to Borba. The GNR does not, however, confirm that these people were victims of the quarry crash.

Victims who remain to be found can be buried or immersed (or both), so Civil Protection also uses high capacity pumps to remove the water that fills the well at a depth of 50 meters. It is estimated that the well at that time has 200 thousand cubic meters of water, which is equivalent to 80 Olympic pools. With a lower level of water, you may need to remove stones, dirt, and mud until you find the bodies.

The security conditions, weather conditions and complexity of the process justify that operations can last for several weeks. Marcelo Rebelo de Sosa, who made a "lightning" visit to the site, said he would resume work and request patience, referring to the time that could last until the completion of the job.

The mine, whose wall collapsed and dragged it to 80 to 100 meters from the municipal road 255, would be closed about a year ago. The owner, Jorge Placido Simos, even said that the area where the alue was occurred had not been explored for about three years because it was not profitable, and the rest of the mine was deactivated for the same reason. 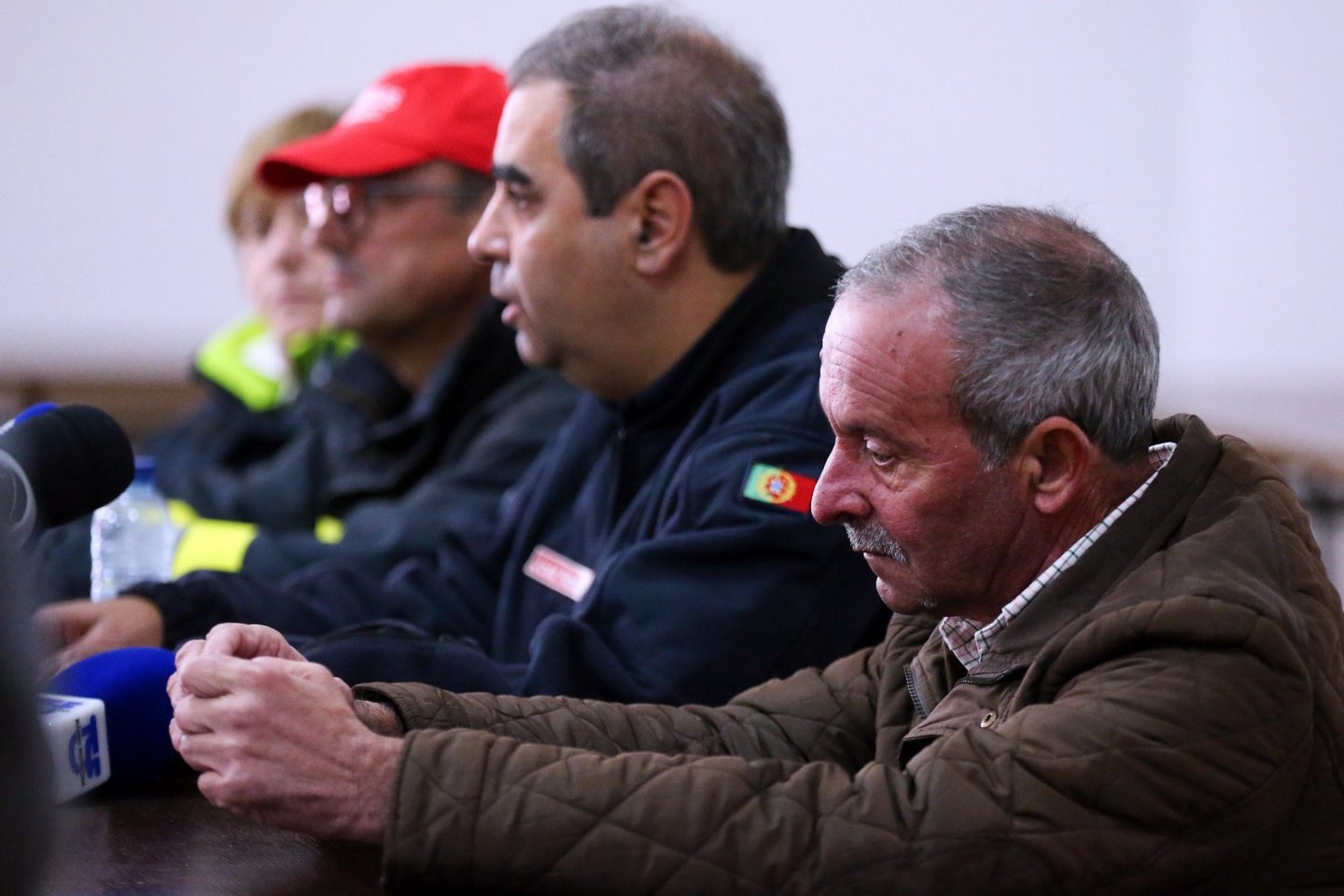 Jorge Placido Siemoos is one of several marble producers who assure that they have already warned Borba Mayor Antonio Anselmo for the lack of traffic safety. This risk is associated not only with failures on a slope that can lead to landslides, but also with the risk of falls that could cause car crashes in the quarry quarry. The proposal was to stop traffic on that road.

Jose Batanete and the mayor of Luis Sotto, also owners of quarries, confirmed this meeting of Luza and the proposal to close the road. "Some colleagues called them crazy" and said that "we created a problem that did not exist," said Sotto's mayor. The memorandum presented at the meeting, to which the Expresso newspaper reported, clearly stated that for the Borba Combine "the entire burden that could happen in relation to the" collapse of the embankment that supports the road "will be transmitted.

The businessmen confirmed that the Regional Directorate for Economics (whose responsibilities are now under the authority of the Ministry of Environment) was also present at the same meeting with the municipality, and this confirmed the danger to people circulating on the road. DRE confirmed to the SIC that the body representative was present at the meeting, but that consensus could not be reached.

When faced with this meeting, the mayor began by saying that "never in life" was not warned of the danger of the road. On Monday night, the mayor has already said he is "completely in peace" and that what is "legal and familiar" is that the situation on the road "was perfectly safe". This Tuesday, Antonio Anselmo, said he did not want to "speculate" and made a promise: "What happened at that meeting will be public at the right time, minutes and what was told at that meeting."

The mayor earlier added that businessmen never came to a conclusion because what they wanted was not to cut the road to safety, but to turn it off to explore the slope. Jorge Placido Simos denied this statement and recalled that he had already stopped exploring the area due to lack of profitability.

At that time, in 2014, Antonio Anselmo said, according to Radio Campanario, that "with the danger of the road in question, the matter is very serious." But, on the other hand, he dismissed that the camera was working on the road. "The camera does not have to work on the road, if there is a report proving that the road is uncertain, the only thing that can be done is limiting traffic, it's a process that we carefully and very peacefully evaluate," he said. the president told the local radio. There are reports from the Superior Tehnic Institute and the University of Eura, which confirm the lack of site safety.

While searching for victims, it is discussed who will be responsible for the crash and the maintenance of the road. The old EN255 was no longer a national road in 2005 and was under the authority of the municipal councils of Borba and Vila Visosha. Pedro Marquez, Minister of Planning and Infrastructure, said that when the transfer of the route to the responsibility of the municipality was made, the variant – the responsibility of the state – was presented as a "safe alternative and immediately made available to the population". The road that passes through the quarry could "be closed" or, alternatively, be transferred to municipal management, as happened with the consent of the municipality.

Riba Estes, vice president of the National Association of Portuguese Municipalities, said that in many cases these transfers were not made under the best conditions: either the entity that provided the route did not do the things they needed on the road, or the municipality did not have the necessary funding for these business. In this case, the state built up a variant as a colleague.

Already this Tuesday, the Public Ministry decided to open an investigation to investigate the causes of the collapse in the Borba quarry. The Observer, the Public Prosecutor's Office explains that the investigation will serve to "determine the circumstances surrounding the occurrence".

The labor authority is also investigating the crash, in particular to determine the safety and health conditions of workers, confirmed the official ACT source to Observer. According to the available information, the two confirmed victims would be workers from the quarry that he worked, ALA de Almeida.