Do you know what is chronic obstructive pulmonary disease? Life 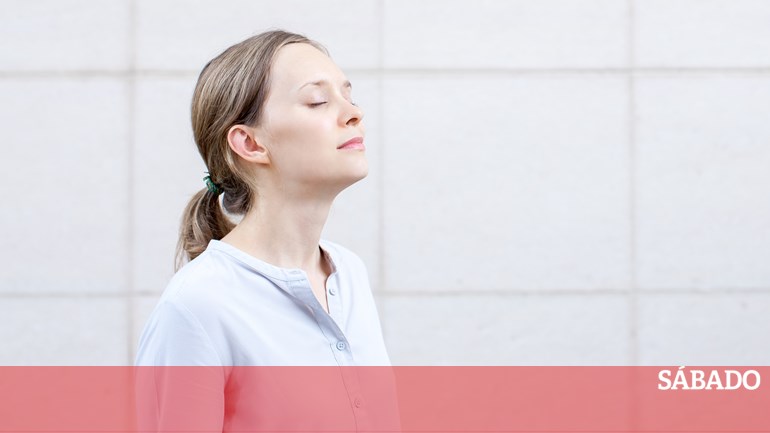 On World Day, we talked with Dr. Paula Simao, Senior Pulmonology Assistant Local health unit of Matosinhos and physician Joao Carvalho, a pulmonologist at the Pulido Valente Hospital, on the impact of this disease on the quality of life of people and the importance of timely diagnosis. The motto of the campaign – "It's never too early, never too late" – also refers to the fact that most patients are diagnosed late.

Doctors also mention that in Portugal there is a pioneering and innovative treatment: Rehabilitation of respiratory diseases in the home. But changing the habits is still critical. It is that 10% to 15% of smokers will suffer from COPD, as well as people with exposure to tobacco smoke. COPD affects 14.2% of Portuguese over 40 years of age

What are the symptoms of chronic obstructive pulmonary disease (COPD)? What sign should they be aware of?

Paula Simao (PS): Chronic Obstructive Pulmonary Disease (COPD) is a condition that over the years represents an evolution that greatly limits the activities of people's daily lives, leading to a picture with a high disability. The warning symptoms are: breathlessness, coughing, sputum and fatigue with efforts that become more frequent and present during the day as the disease evolves.

In addition to respiratory symptoms, it is accompanied by various comorbidities such as cardiovascular disease, depression, osteoporosis, and a significantly higher risk of developing a patient who develops lung cancer.

COPD shows insidious manifestations, with a gradual onset whose symptoms are often devalued by the person himself, are also often forgotten by doctors until the first "attack" (exacerbation). Therefore, attention and awareness of all small signs that are manifested during the course of the disease is recommended.

What is the disease? What kind of people are most affected by this disease?
(SS): COPD is a common, preventable and can be treated, which is characterized by persistent respiratory symptoms and airflow restriction due to airway and / or alveolar anomalies, usually caused by significant exposure of harmful gases or particles.

The limitation of chronic flow characteristic of COPD is caused by a combination of pathology of small airway and parenchymal destruction (emphysema), relative contributions vary from person to person.

People who are most affected by the disease usually take risky behavior, with the prevailing age and male sex, that is, they appear more at a later age (after 40 years) and in men.

What are the worst risk behaviors?
Joao Carvalho (J.C.): The worst risk behavior is associated with the exposure of harmful agents such as tobacco, environmental irritants such as biomass or environmental pollution. Patients who, even after the COPD diagnosis, maintain exposure to harmful agents such as tobacco, will exhibit a much faster decline in the respiratory function and, consequently, the disease. The main measure to be taken is the exposure of these agents.

Smoking is at the top of the causes?
(JC): Smoking is undoubtedly the main risk factor for the development of this disease, it is known that 10 to 15 per cent of smokers suffer from COPD, as well as people with exposure to tobacco smoke (passive smoking).

However, tobacco consumption in Portugal is decreasing, due to greater awareness of the population about the harmful effects of smoking. For this change in behavior, more active intervention through advertising campaigns is important to alert to the risks of smoking. It is essential to continue betting on such campaigns in order to maintain this behavioral change in the Portuguese population with regard to smoking.

What is the number of patients in Portugal?
(PS): In addition to cardiovascular disease, chronic respiratory diseases, namely chronic obstructive pulmonary disease (COPD), will be the main cause of disability in the coming decades. In recent years, there has been an increase in chronic respiratory diseases in Portugal, which are responsible for great impact on patients' lives and high health costs.

They affect about 40% of the Portuguese population, most often they are COPD, affecting 14.2% of the Portuguese over 40 years of age. According to a report from the National Respiratory Disease Program, the number of active users registered in primary care with the diagnosis of COPD is over 130,000 in 2016. However, it is estimated that the actual number of patients with COPD is 5 times higher than those registered, this is due to the non-diagnosis of the disease.

Therefore, it is believed that although it is very common, COPD continues to be diagnosed. Traditionally followed by a hospital pulmonologist, since most patients are diagnosed late in very advanced stages of the disease, joint efforts between primary care and hospital care have been developed for several years, to a previous diagnosis. In order to do this, it is necessary to provide primary care with generalized access to spirometry (diagnosis) and to provide easy remedies for smoking cessation and respiratory rehabilitation consultations, which are provided with the order issued by the guardianship (order 6300/2016 ).

Why is this a subdiagnosed pathology?
(SS): The main reason for this to be an undiagnosed pathology is that progression is slow and devalued, and the presence of symptoms is attributed to adult features. In order to prevent faster COPD progression with consequent impact on the individual and social life of the individual, it is essential that both the patient and the physician be alerted to these symptoms, especially in smokers, so that the diagnosis can be done in anticipation.

The diagnosis is made by examination that evaluates the respiratory function, spirometry. It's a simple, painless and inexpensive review that allows you to see the extent of the severity in which the disease immediately leads to the treatment of the disease. Identifying individuals at the earliest stages of the disease is of great importance, allowing early and cheaper therapeutic interventions that improve patients, can prevent progression of the disease, can shortly save many years of life and many millions of euros.

What is the successful rate of treatment?

(J.C.): There is now a huge availability of drugs for inhalers for the treatment of COPD, with excellent efficacy and safety profile. The choice of inhalers and the proper performance of their inhalation technique are decisive for the purposes of good adhesion and efficacy of the therapy. To achieve this goal, it is extremely important that health professionals dealing with these patients spend a lot of time in the teaching of inhalation.

The COPD exacerbations have a significant role in disease progression and are compared with acute myocardial infarction in cardiovascular disease. Its impact on morbidity and mortality in COPD is enormous, so reducing these "attacks" is the primary target for COPD treatment. The rate of treatment success depends on certain variables, such as the correct and proper use of inhalers, adherence to smoking cessation, promotion of healthy lifestyles and vaccination. In addition, all patients (with appointment) should be offered the possibility of treatment in a structured respiratory program for rehabilitation. People who adhere to the above premises will certainly have a higher treatment rate success and, consequently, a much lower number of "COPD" attacks.

Respiratory rehabilitation is an integrated intervention based on a complete assessment of the patient, which includes, but is not limited to, exercise, education and behavioral components for the purpose of improving the physical and psychological state of the patient with chronic respiratory disease. in order to promote long-term respect for behavior that improves health. The educational component aims to promote physical exercise, proper nutrition, smoking cessation of smoking and vaccination to prevent respiratory infections of viruses and bacteria. Re-adaptation to stress is a key intervention in all patients with shortness of breath and reduced tolerance of effort in their everyday activities.

In more advanced stages of the disease, patients with chronic respiratory failure may benefit from long-term oxygen therapy and / or non-invasive ventilation, increasing their physical capacity, helping them to breathe better and as a result improve their quality of life, assuming respiratory rehabilitation, also an essential role.

They say only 1% have access to rehabilitation programs. Why?

What can you do to counter this reality?
Multiple respiratory rehabilitation programs, whether in the community, in specialized centers or in the home, need to be introduced with an easier access, which will lead to the integration of a larger number of patients.

To combat this deficit, an innovative respiratory rehabilitation program was conducted a year and a half ago; this is why the first Rehabilitation Program for domestic respirators in Portugal. Inspired by Living well with COPD (Psychiatric disorders with COPD) Praxair (home respiratory care) has created a rehabilitation COPD that takes care of individuals with COPD around their home and the usual life.

How does this rehabilitation program work and what is your success?

(JC): The COPD rehabilitation consists of undertaking respiratory rehabilitation in the patient's home with the clear advantage of not having to go to a hospital, performing various exercises in the surroundings where he lives and learning to manage disease-related restrictions in their daily surroundings.

It is an alternative and complement to existing solutions, with the right to highly specialized team, home personalized intervention, 24-hour phone line, flexibility of the schedule, involvement of close family members and adaptation to housing conditions.

The interdisciplinary team consists of a pulmonologist, rehabilitation nurses, physiotherapists, psychologists, nutritionists and pharmacists, whose roles are well defined for the recovery of a person with COPD. It is a program of reliability, efficiency and demonstrated quality that operates on continental national territory.

The results of the program are very promising, with all patients in the program clearly improving their physical capacity, better knowledge of their disease and their health, promoting self-management of the pathology and solving the difficulties imposed by the disease. These achievements result in increased quality of life, reduced exacerbations and reduced dependence on health care.

What is the significance of this world day?

Noting this day is important because it draws attention to the disease that is predicted to be the third leading cause of death in the world over the next two years. Continuing to focus on strategies to prevent risk factors and promote a healthy lifestyle is essential if the incidence and prevalence of COPD should be reduced in the future. But it is also important to continue focusing on early diagnostic strategies (hence access to spirometry is fundamental) as well as accessibility strategies to existing treatments, including respiratory rehabilitation.