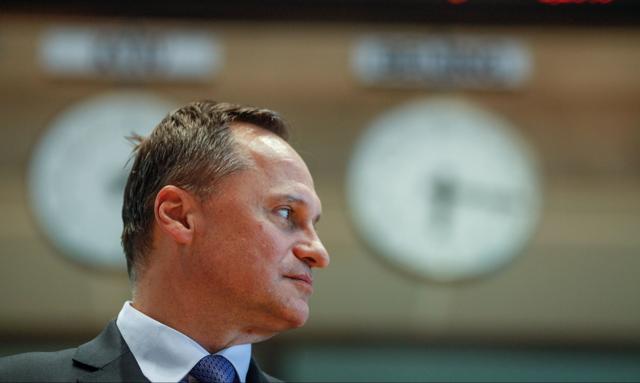 The KNF affair already has a group of victims. And this is not about the KNF chairman, the image of the Polish financial system or Leszek Czarnecki. They are small investors who have invested their savings in the banks of a businessman from Wroclaw. 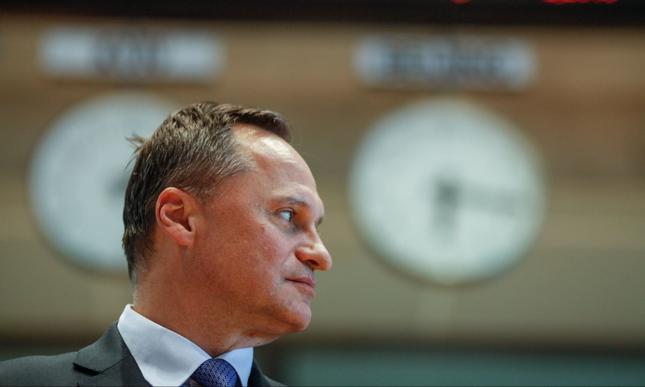 In the context of the KNF scandal, the so-called "Leszek Czarnecki's banks". One of them was to deal with a corruption proposal from the former head of the KNF, the Czarnecki banks were to be dealt with by the famous 'Zdzisław plan'. Anyway, it was Czarnecki himself who recorded and made available to the media the tapes from which the whole scandal began. However, investors do not like the stock market investors and the shares of Czarnecki's banks have been losing their value since the moment of its outbreak. From November 12, Getin Noble Bank shares were down 50%, Getin Holding down 43%, Idea Bank 35%. In total, the capitalization of these three companies went down by PLN 423 million.

Cheap shares, however, are not just Leszek Czarnecki's problem. The statement "Czarnecki's banks" refers primarily to the fact that Czarnecki is the main shareholder and has, in principle, full control over these companies. However, Getin Noble and Getin Holding are public companies. They are listed on the stock exchange and part of the shares belong to individual investors. Decreases related to the scandal thus reduce not only the portfolio of Leszek Czarnecki, but also the ordinary "Kowalskis" who decided to invest in Czarnecki's banks.

PLN 152 million below the line in a week

What are we talking about? In the hands of individual investors, pension funds, investment funds and other entities unrelated to Leszek Czarnecki, there are 19% of entities. Idea Bank shares, 39 per cent Getin Noble Bank shares and as much as 45 percent. Getin Holding. The total losses of minority investors on the shares of these three companies therefore reach – as of the moment of the outbreak of the scandal – 152 million zlotys. They lost so many minorities in just a week. 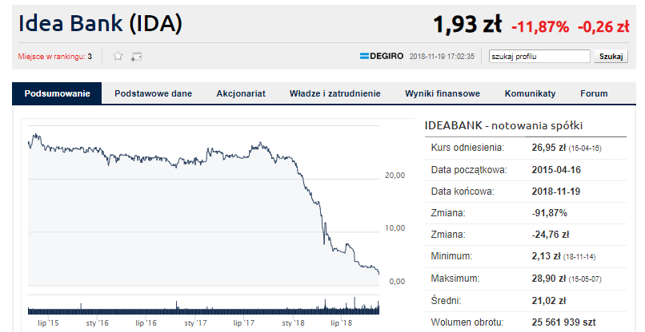 Remember, however, that the shares of Leszek Czarnecki's banks were doing terribly before the outbreak of the scandal. In total, from the beginning of the year to today Getin Noble lost 83 percent, Idea Bank 92 percent, and Getin Holding 91 percent. This means, taking into account the shareholding structure, that since the beginning of the year the value of shares of Getin, Getin Noble and Idea Bank held by entities unrelated to Leszek Czarnecki, decreased by PLN 1.38 billion. Currently, they are worth PLN 176 million.

It is also worth adding that if the already mentioned "Zdzisław plan", referred to on the March tapes, would be implemented, it would most likely include Getin Noble Bank shares held by minority shareholders. They would then take part in the so-called "bail-inie" and they had to give their shares basically for free. This issue was described in more detail in the article "Plan Zdzisława – we explain what it is and why it could exist".

However, it is difficult to determine which funds and open pension funds are most heavily involved in Czarnecki's companies and what is the de facto share in the losses of individual shareholders. The only shareholder who is required to state his ongoing involvement – apart from entities related to Czarnecki – is OFE Aviva BZ WBK, which holds 9.23 per cent. shares in the capital of Getin Holding.

Not only shareholders, but also bondholders, especially Getin Noble, are losing. – Somewhat generalizing, because on Catalyst there are 34 series of subordinated GNB bonds with a total value of PLN 1.9 billion (nominally), the outburst of the scandal has overestimated each of them by an average of 30 percentage points. during the week – Emil Szweda wrote on Friday.

Problem in relations with investors

The share of the shareholder of the companies controlled by Leszek Czarnecki is the more serious that Czarnecki himself is not the titan of investor relations. Contact with investors takes place mainly through the media, in which it additionally occurs relatively rarely. Even the arrival of Leszek Czarnecki at the Wall Street Conference, and therefore the largest meeting of individual investors in Poland, was limited to an interview without questions from the room.

The companies themselves also do not make life easier for investors by publishing reports at the end of the result season, which makes access to current information about the company difficult. For example, the report for 2017 Getin Noble Bank published on April 26, that is almost four full months after the end of the year. The idea did so much earlier, but the problem arose from the third quarter of 2018, where after the outbreak of the scandal the report was postponed from November 20 to one of the last allowed dates: November 28. Even longer, because until November 29, shareholders of Getin Noble will wait.

Czarnecki's "Corpse in a Closet."

The appearance of Czarnecki on Wall Street, as it may seem, could have been related to the GetBack affair, the company founded and sold by Czarnecki later. In the distribution of unlucky bonds of the company, Idea was heavily involved, and the atmosphere around the bank was not very good at that time. Particularly, it was Czarnecki's bank that was also the main provider of portfolios for the overpaying GetBack.

On Wall Street, however, a very important question arose in the context of the KNF affair. The host asked Czarnecki about the "corpses in the cupboards" of his companies. – "Dead in the closet", do you know this term? An unforeseen situation, a problem that is not yet known, but can come to light and cause serious problems in the company. Can the market expect any negative surprise that is not yet visible? – asked the lecturer.

– If that were the case, I would have to let go of the message. If I know something about it, or I suspect, and I do not reveal it, I break the law – said then Czarnecki.

Recall, the Wall Street Conference was held in May, after Czarnecki recorded tapes (which took place in March). However, the businessman hid them and published them in November. And they appeared not in the stock exchange communiqué, but in "Gazeta Wyborcza". Meanwhile, the content of the tapes and the subsequent reaction of the market indicates that they can be pulled up both under the definition of price-setting information and the question asked on Wall Street. This was noticed even by rating agencies such as EuroRating, which downgraded Getin Noble Bank's rating.

Czarnecki tried to explain his legal representative, Roman Giertych. – President Czarnecki had to prepare his businesses for what was going on. It was possible to predict that disclosure of this tape and information about submitting a notification to the prosecutor's office would trigger a media storm – said the patron. It is a pity that such an opportunity did not get minority investors who were again forgotten. The more so because the storm turned out to be not only media, but also stock market.