PiS has a coalition partner in Lower Silesia, the fate of Silesia and Masovia is weighing 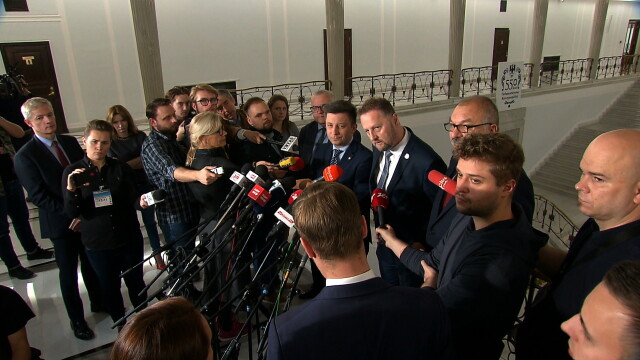 The independent local government had no doubts. The government has offered to reduce their copper tax by 15 percent. The whole province, and especially Lubin, from which the leader comes from, is to gain over 400 million zlotys.

– You can break down to the PiS in the interest of Lower Silesia – believes Robert Raczyński, president of Lubin on behalf of the Non-Partisan Local Government.

The breakthrough was made even more possible by the fact that the Local Government would be given the function of the regional parliamentary marshal and two places on the board, in which the total number of seats is five.

– In Poland, over political divisions, you can talk – says Michał Dworczyk, head of the prime minister's office.

PiS does not conceal the euphoria, because it can show that, however, it has coalition capability, but even local self-government officials have no illusions that it is not about ideals but about positions and money.

– Many tasks without cooperation with the government will be very difficult to implement – says Cezary Przybylski, the marshal of the Lower Silesia Voivodship.

"This is political corruption"

With such gifts from the government, the Civic Coalition had no chance. Still on Tuesday morning, Grzegorz Schetyna talked with the leaders of the Non-Party Local Government, but he heard that the talks were suspended.

– Measurable price, specific amounts, specific amounts and, therefore, the agreement. What the PiS is doing is political corruption. Local government officials are corrupt – the leader of the Civic Platform is talking about the whole situation.

Just the day after the election, the government's emissaries went to Wroclaw with the question – what they can do for Non-Partisan Local Government, because it depended on them, who will rule in the Lower Silesia province.

They chose on Tuesday after more than three weeks.

The decision of local government officials means that the PiS may add the seventh voivodship to the list of those in which it will rule.

The fate of the next coalition is weighing in Silesia. Coalition of the Civic Alliance with SLD and PSL is very likely there. But it is enough that the councilor from the PSL will go to the PiS website and the coalition will be different. And PiS is tempting all over Poland. – I would like to appeal to the leadership of the PSL, so that it does not block the possibility of PSL politicians entering such agreements – said Adam Lipiński, secretary of state at the prime minister's office.

The decision of the people

The Mazowieckie Voivodship is of key importance for the PiS and the Civic Coalition, and it all depends on the PSL. More specifically, Adam Struzik, who has been ruling Mazovia in the coalition with the PO for 17 years.

– This coalition should continue this mission – thinks Adam Struzik.

The platform has no way out. She agreed that Adam Struzik would continue to be a marshal, although the ludowie lost half of their previous seats.

PiS is not yet undermining the possibility of dragging some councilors to its side. As the opposition says – by different methods. Katarzyna Lubnauer quoted a situation in which one of the councilors on behalf of Nowoczesna was offered a position in an energy company in exchange for moving from one political bloc to another.

Everything will be clear on Monday, at the first session of the regional council.

Adam Struzik is supposed to be a marshal, but only for half a year. Then he is going to the European Parliament from the common opposition list.