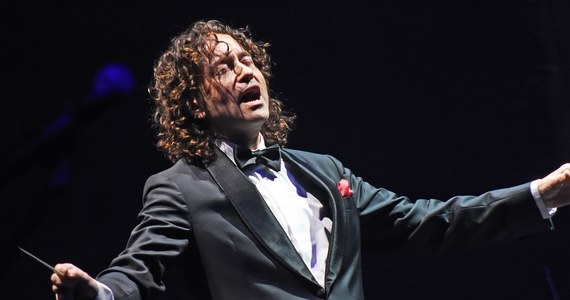 In the program "Good morning TVN" his composer showed Piotr Rubik, for some the creator of a ridiculed "sacro-polo", for others the author of one of the biggest bestsellers of recent years (oratory "Psałterz Wrześniowy" – double-diamond disc first in Poland).

Initially Piotr Rubik he was known mainly as a person from the second row – he worked as a composer (including "Touch" by Edyta Górniak) and a producer for such artists as Tytus Wojnowicz, Małgorzata Walewska, Katarzyna Skrzynecka, Michał Bajor and Georgina Tarasiuk.

He gained the greatest popularity as an author (mainly in a duet with songwriter Zbigniew Book) a cycle of oratorios. "Świętokrzyski Triptych" (consisting of the parts "Świętokrzyska Golgota", "Tu es Petrus" and "Psałterz Wrześniowy") brought hits "Let them say that this is not love" and "Psalm for you".

All of Poland clapped the characteristic musical motif, composed by Piotr Rubik. Although the song and album from the Tu es Petrus oratorio gained the peak of popularity (including the Summer Hit at the Sopot Festival, Superjedynki at the Opole Festival, Diamond Plate for the sale of over 150,000 copies) were crushed by critics who did not they left a thread on the composer.

"Sacro polo", "Michał Wiśniewski of classical music" – these are just some of the terms falling on him and his music.


Piotr Rubik
Let them say that this is not love

Rubik began to appear again on television (in 1997 he co-hosted "MO Magazine" about computer games) as the team captain in "Battle of voices" and "Little Giants" and juror in "Applause, applause". He also prepared a musical setting for "Wiadomości" TVP.

On September 3, the composer turned 50. This year he also celebrated his 10th wedding anniversary with his wife, who was over 18 years old Agata Paskudzka, finalist of the Miss Polonia 2005 competition. Together they have two daughters: Helena (born in 2009) and Alicja (born in 2013).

In "Dzień dobry TVN", the whole family told about their life and musical passions.

On October 11 at the ICE Congress Center in Krakow the premiere of the newest work "Poland's Polonia Rubik and Zbigniew Książek" was presented, which presents such concepts as the homeland, freedom or nation and Poland at the moment of independence (the hundredth anniversary falls on November 11).