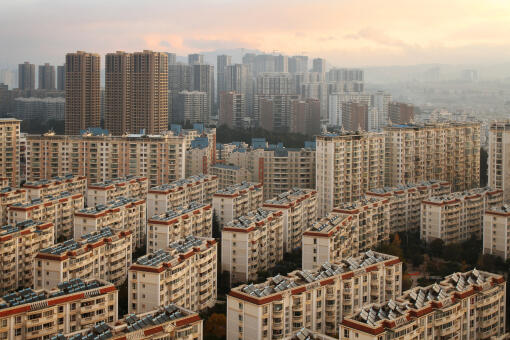 22 percent of homes in Chinese cities are empty, which means over 50 million of such premises; it is the highest percentage among countries in the world – Bloomberg agency said on Friday, citing the unpublished study of Chinese scientists.

In the event of problems in the real estate market, the owners may decide to sell empty apartments, fueling a spiral of falling prices, Bloomberg estimates, calling this a "nightmare scenario" for the Chinese authorities. The survey results also suggest that government measures to curb speculation in the real estate market have failed – the agency points out.

Over 80 percent Chinese employees are overworked and feel … See more »

– There is no other country where the percentage of abandoned dwellings would be so high (…) If problems appear on the real estate market, sold homes will flood China like a flood – assessed the head of the research prof. Gan Li from the Southwest University of Finance and Economics in the city of Chengdu. The survey was conducted in 2017 in 363 Chinese counties.

Gan added in a telephone conversation with Bloomberg that the percentage of unoccupied premises is similar to the result from the previous survey from 2013, when it amounted to 24.2 percent. At that time, the number of empty flats was estimated at 49 million, but this time it is "certainly higher than 50 million" – said the professor.

Researchers do not include new premises that have not yet been sold by developers. However, holiday homes and abandoned homes of economic migrants are taken into account, although, according to Gana, the key role in maintaining a high percentage of empty flats is played by premises purchased as investments.

Real estate prices have been growing rapidly in China since 2000, making the purchase of housing a good way to multiply money. In Beijing, premises that in 2003 were sold after 3 thousand. yuan (PLN 1.6 thousand) per square meter, now cost over 60,000 yuan (PLN 32 thousand) per meter – according to data from the portal with information on the real estate market creprice.cn.

The Chinese government has been trying to cool the growth of real estate prices for years and discourage speculation. In 2010, one of the government directives identified the real estate market as an "important issue" that "affects social stability". PRC President Xi Jinping said last autumn in a widely publicized speech at the 19th national meeting of the Communist Party of China (CCP) that "houses are for people to live, not for speculation."