Capital leaves the Polish stock market. Shares of CD Projekt have been falling since the premiere was postponed 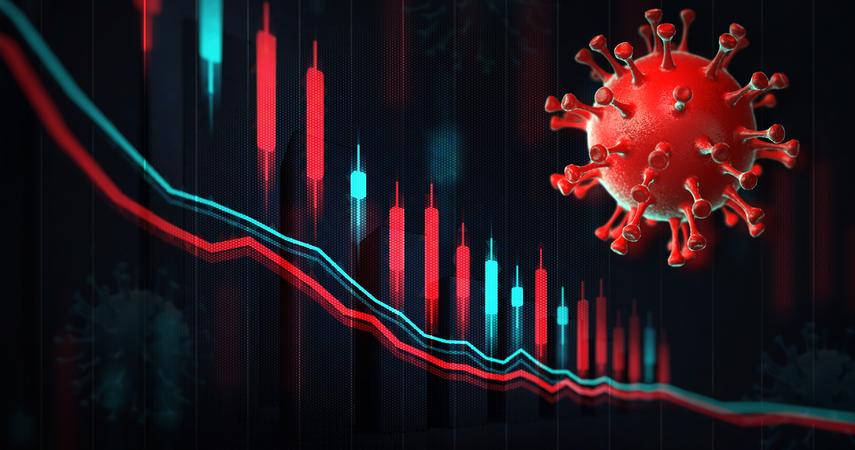 The third delay in the premiere of Cyberpunk was too much for the stock market. Shares of CD Project are booming. The game will not be released until December 10th and may miss some holiday requests. Drops are not just a domain of CD Project. Most of the market is led by Allegro, PGE, JSV and CCC. Allegro is moving away from the size of PLN 100 billion realized on Tuesday.

The fall of the zloty exchange rate against both the dollar and the euro, combined with the downward trend in the Warsaw Stock Exchange, are strong arguments for the fact that short-term foreign capital is leaving Poland.

WIG20, showing changes in the twenty most important companies, loses 2.7 percent. after a nearly three-hour session on Wednesday. Similar declines were affected by mWIG40 medium-sized companies and sWIG80 small companies. Withdrawal from Polish stocks takes place on the whole market. In Europe Stock markets in France and Germany fell similarly, and larger – in Russia.

In the WIG20 group, they fall more than 6%. care: PGE and JSW. But CCC, CD Projekt, TauronPE and Allegro are also close to exceeding this threshold. The already high turnover on Tuesday on the stock exchange suggested that there is an important moment in trading, and it happened.

Allegro is moving away from the market value of PLN 100 billion achieved on Tuesday. After the price fell by 5.3 percent. is quoted below PLN 90, which gives a capitalization of PLN 92 billion. At this level, the price-earnings ratio is 189, which suggests that the rate is still high. Investors, however, expect a sharp increase in profits in the run-up to the pandemic, where retail inevitably shifts to the Internet. This can improve the market parameters for the company’s shares.

With a price-profit ratio of 189, if the company distributes the entire profit in a similar amount as for the period 2Q 2019-1Q 2020 for dividend, it will give the dividend rate (equivalent to the investment interest) 0.53%. gross.

But the biggest impact on Wednesday’s WIG20 crash is not Allegro, but CD Project. Shares of Poland’s largest video game maker fell 6.4 percent during the session. slightly below 340 PLN, which was the lowest rate since 22 April. In the following hours, they jumped slightly and the drop is about 5%.

Reason? The release of Cyberpunk 2077 has been moved from December 10 to November 19. The six-day work week at the company obviously did not help. And this is the third postponement of the premiere.

There are even jokes on the net that if it continues like this, at the premiere the game will not talk about the future, but about the past. Initially, the debut was to take place on April 16, then on June 18, November 19 and so we reached December 10.

Delaying the premiere may be normal in this industry, but new the date is too close to Christmas and in the eyes of investors, this may mean that part of the holiday demand will be missed. And the next delay would exceed this time, so that the holidays can win other productions.

The CCC results did not disappoint, but the shares fell

CCC, which announced its results for the third quarter on Wednesday, is among the strongest falling companies in the WIG20. Shares are losing 5.7 percent. The rate fell even below the PLN 36 level, which has not been seen since 9 April.

In fact, the results were better than preliminary estimates, when the company announced that the operating loss was probably PLN 8 million. It turned out to be a small profit of PLN 1.2 million, not a loss. Which did not bring the net result above zero anyway. The net loss of the capital group amounted to PLN 63.8 million in the third quarter and was almost double year on year.

However, the report says that due to the pandemic, the group expects a significant decline in the value of the footwear market in 2020 and its recovery in 2021. However, provided the government does not close its stores. There is a high risk that current COVID-19 disease records may lead to acute lockout.