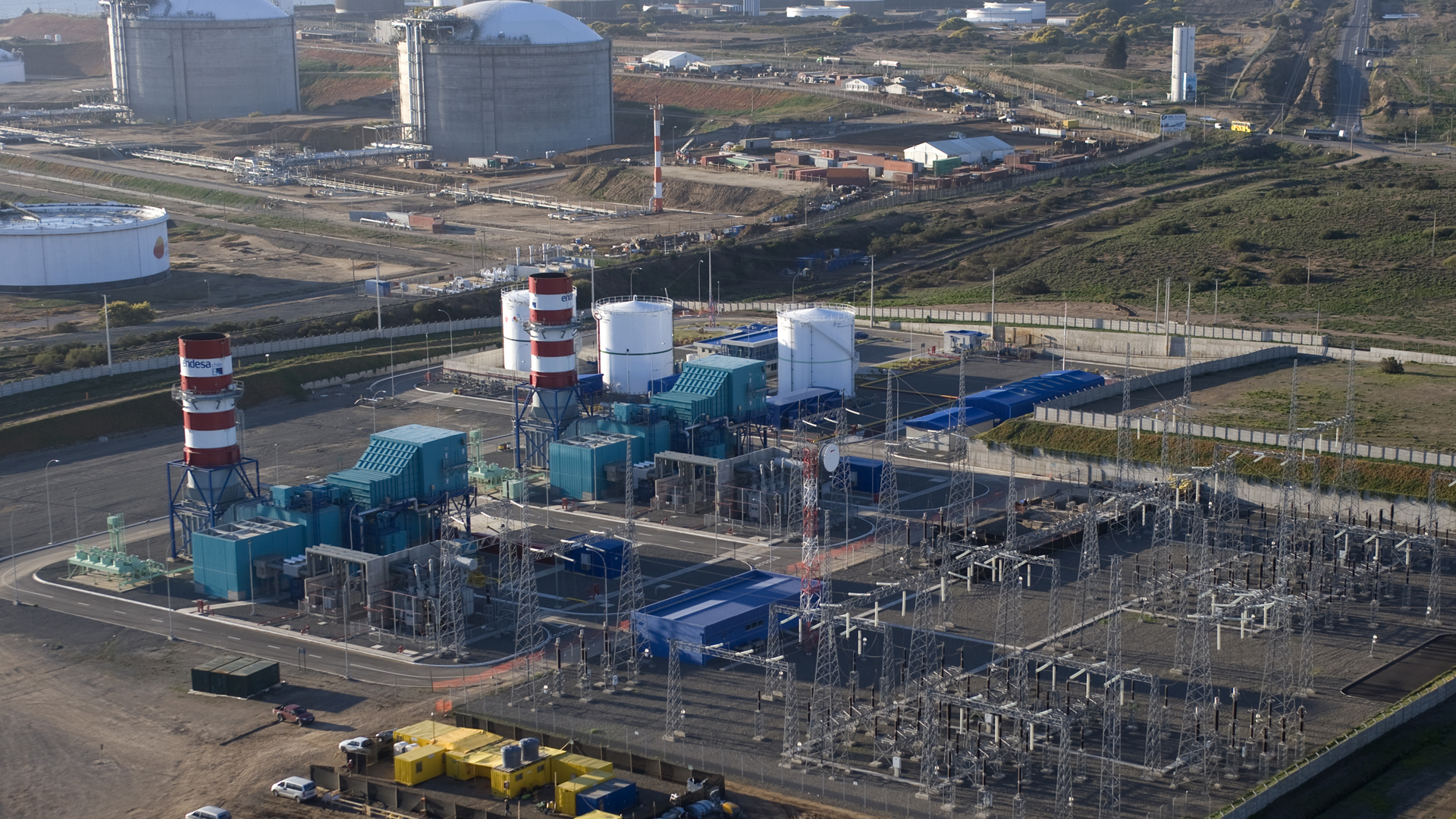 Multinational energy group Grupo Enel, whose branch in America is the only one that has expressed interest in taking over the new Electricaribe operator and managing distribution and commercialization of energy on the Coast, must not only overcome the obstacle of exceeding the market share limit in Colombia, but in other Latin American countries also has some conflicts.

These problems have been presented to partners, shareholders and other companies in the sector regarding the strategies developed to promote the expansion plan in the region.

In countries such as Chile, Brazil and Argentina, its operation takes place during the hearing. This case has been added to that of Spain, which was recently published by EL HERALDO, where the UGT union signals Endesa's plundering group and then sells the company to the "highest bidder".

In Latin America, it is present in energy companies that include unconventional renewable sources in such countries as Chile, Brazil, Colombia, Argentina and Peru, through Enel Américas, a subsidiary of the Italian parent company Grupo Enel.

The multinational company came to Chile in 2009, when it bought Acciona, which it owned in the Spanish company Endesa. There in 2011, six members of the Board of Endesa Chile, in the subsidiary Empresa Electrica Pehuenche, were fined by the Securities and Insurance Supervision Authority of that country for signing in 2007 a Contract for the supply of energy with their company.

Sanctions were applied when concluding contracts for the sale of energy or provision of services between related parties (companies of the group they control), on conditions unfavorable for minority shareholders and the lack of transparent information. The same as lack of knowledge about contract terms.

The restructuring process of the group's companies in Chile also triggered controversy (Plan Carter and Elqui Plan) because the share of minority shareholders was weakened. In capitalization, they were forced to contribute millionaires' cash to maintain their percentage, while the Italians supported their investments with assets. These restructuring led to the devaluation of minority participation.

Another controversial event, recorded by the El Mercurio newspaper in its edition of August 25, 2016. It happened when "Endesa Chile agreed to purchase energy from its subsidiary Renewable energy Enel Green Power (now absorbed by Enel) for $ 3,500 million in 25 years and at a price of around USD 114 per MWh without a public tender. '

This was followed by another agreement signed between the parties in July 2014, which included about $ 2,300 million for 20 years, which would be "agreed at a price higher than $ 100 / MWh, while on the Endesa Chilean board of directors, a value that determined whether the project is implemented or not, it ranges from 80 to 90 USD per MWh. "

In September of this year, minority investors, Enel Generación, proposed that the company could take control of EGP in order to strengthen and develop operations in unconventional renewable sources, which was opposed by Francesco Starace, CEO of Enel Italia.

This means that multinational Grupo Enel invests only in unconventional renewable energy sources through EGP, where it has a 100% share and not through its manufacturing companies, where it would have to transfer profits from operations to other investors.

One of the newest movements in Chile was the rebranding of its main companies.

In October 2016, the Extraordinary Shareholders' Meetings of Enersis Chile, Endesa Chile and Chilectra approved the name of three companies by Enel Chile, Enel Generación and Enel Distribución; it means that traditional Chilean brands have disappeared from the market.

One of the last disputes Enel was this year with the Spanish energy company Iberdrola (through its subsidiary Neoenergía) to control the Electropaulo, the largest energy distributor in Brazil that supplies Sao Paulo.

Iberdrola condemned Enel to the European Commission in Brussels for unfair competition, not acting in accordance with market rules and using the support of the Italian government in the bidding war to stay with Electropaulo.

"With clear support from the state, Enel clearly benefits from the privileged regulatory situation in Italy, which makes access to the capital market cheaper and easier," said a letter sent by Iberdrola in April this year to the European Commission. .

The newspaper El País from Spain indicates in the publication that "Iberdrola reacted with a sharp letter to the European Commission, in which he accused Enel of violating free competition rules and taking advantage of the monopoly position due to his association with the Italian state."

During the bidding there was a bid war between two companies that raised the price per share. Neoenergía initially presented an offer of 29.4 realities (about 7 euros), and then Enel raised his offer to 32 real (7.54 euros). Over the following weeks, the offers continued to grow at a price in a difficult tender between the two companies.

However, the Italian company won after presenting a higher offer than Neoenergía, a subsidiary of Iberdrola. At the last minute, when the deadline for the submission of recent offers expired, Enel offered 45.22 reais (10.45 euros = for each share of Electropaulo, an offer much higher than Iberdrol's offer for 39.53 reais (9.09 euros).)

Eventually, Enel, through Enel Americas, left 73.38% of Electropaulo, for which the Italian company will spend about $ 1448 million. In this way, Enel became the largest energy distributor in Brazil, with 17 million customers and a 20% market share.

Edesur, a subsidiary of Enel Américas dealing in the distribution of electricity in Argentina, demanded compensation from the Ministry of Energy of this country in the amount of $ 1.207 million, according to the daily El Mercurio in Chile. This compensation would correspond to damages resulting from breach of the licensee's contract as a result of the freezing of rates set during the reign of Néstor Kirchner.

In recent years, Edesur faced problems related to the provision of services, justified by the fact that low prices for energy services made it impossible to provide high-quality services.

In February last year and as part of the process of standardization of prices of basic services, such as, inter alia, electricity and gas, initiated by the administration Mauricio Macri, Edesur changed its tariffs in a gradual system,

Spain is another country where there has been controversy related to the activities of the Enel group. There was a "distribution of dividends" and a development strategy for the group, as opposed to the minority shareholders, unions and employees of Endesa, where the Enel group has control.

The Endesa energy company has been owned by the Enel Group since 2009, which currently owns 70 percent of the Spanish company.

The Group decided to distribute 100% of Endesa's profits and did not leave any reserves for the company's investments and development. According to Endesa's strategic plan, published in 2017, 100% of its profits for 2020 will be divided into dividends. This will mean that in the next three years the Italian multinational enterprise will be close to EUR 6,000 million.

Endesa's workers 'and retirees' union protested this year in front of the Italian embassy in Madrid, condemning Endesa's "emptying and emptying" by the Enel Group, solely to increase its revenues, against the Spanish company's future in which they do not invest. They also maintain that these funds are used to reduce Italy's public debt, given that the government has about 25% of the Enel group.

Trade unions reported a decrease in the number of jobs that have passed from over 11,000 to 8 789 employees.

Spain's news portal claims that the conflict has intensified since 2014, when the CEO of Enel, Francesco Starace, has a more aggressive style.

Another dispute concerns Enel brand control of all unconventional renewable assets, including hydropower, which are owned
Endesa (Endes brand disappeared). Enel claims that "the brand in all territories for renewable energy is Enel Green Power".

What does Enel say?

On the situation in Endesa, Spain, the Enel Group's communication office replied: "Our general director, Francesco Starace, has repeatedly denied any intention to sell Endesa."

The refusal to sell is also given in the story.