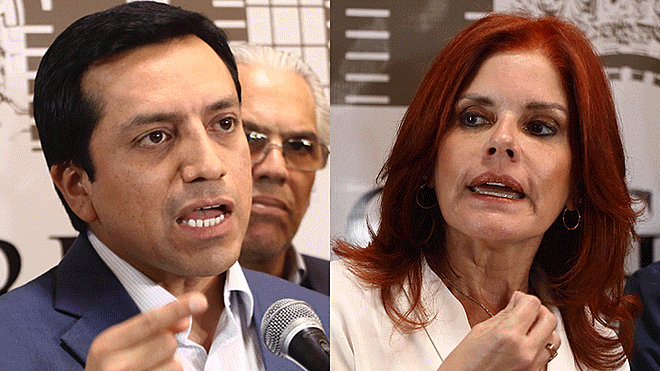 Congressman of Peruvians for Kambio, Gilbert Violeta, assured that he resigned as spokesperson for his group after criticism received by the vice-president of the Republic and a bank associate, Mercedes Aráozwho questioned the lack of "coordination" in PPK.

In addition, the legislator explained that Mercedes Aráoz felt uncomfortable when the Peruvian report about Kambio was raised to include former president Aprista Alan García in the investigation.

"It worried her that the technical team of the bench made a report that summarized, in the case of" Lava Jato ", political and criminal responsibility towards former president (Alan) Garcia. kind of responsibility, "said Correo.

In addition, the official stressed that the technical team of his bench only did his job. "Politicians who have to vote in plenary will decide whether these arguments are enough to make a political decision, but for this reason, to feel uncomfortable and blame the technical team for not expressing an opinion because it wanted me to think it does not seem to me on the spot, "he added.

About the parliamentarian Salvador Heresi, Violet he said that although he is the secretary general of the Peruvian party for Kambio, he never called a meeting and now wants to accept him.

"[Salvador Heresi] He is the secretary general, he was responsible for carrying out the institutional reform of the party and did not convene a single session. If you want to go to work now, welcome Mr. Heresi, go to the party, quit the vice president, leave the office, "he said.

Gilbert Violeta announced that he would meet with former president Pedro Pablo Kuczyński, who expressed concern about the situation of the group.