Boca vs. River: it was a history "fit to the heart" of the Libertadores finals YouTube Viral | VIDEO 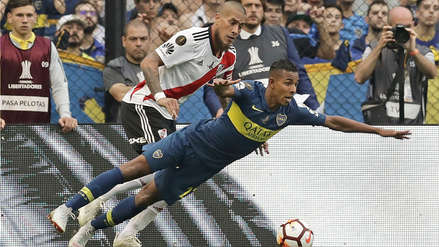 Drawing 2-2 between Boca Juniors and River Plate It was a high voltage match. The return match, with the scoring options for both teams and many emotions, was the final Libertadores CupIt can be said that it was a program "unsuitable for the heart".

Almost all the media in the world that broadcast Boca vs. River they were able to convey to the audience or viewers the vibrations and sensations that were experienced at La Bombonera. There was, however, a station that differed from the rest through its particular broadcast of the meeting.

Radio Cologne Uruguay made the transmission "fit to the heart" of the end Libertadores CupThe transmission of the game took place without the sound of the stadium, with relaxing music in the background and the most striking thing was that the goals were not shouts. None of the four goals scored was celebrated with euphoria.

Eduardo Caimi and Leo Uranga were journalists who talked about Boca Juniors Vs. River Plate for Uruguayan radio. In addition, the message was accompanied by a cardiologist who gave advice and guidance to people with heart problems. It should be noted that this initiative was promoted by the Argentinian Cardiology Society and Icy Water.

Boca Juniors and River Plate related 2-2 at La Bombonera. The final refund Libertadores Cup will be played on Saturday, November 24 at 15.00. Peruvian hour at the El Monumental de Argentina.