This may not be that stupid " 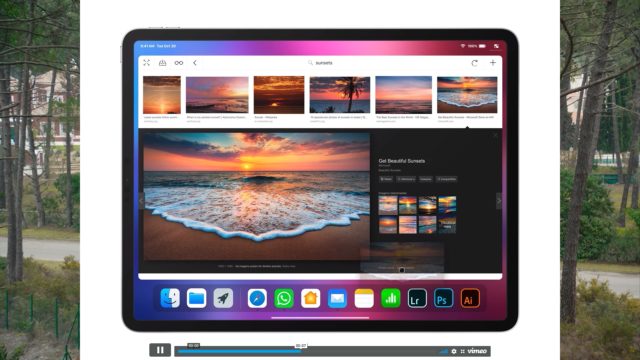 It's not inconceivable that iOS 13 will be like that.

iOS 13 is just over a month since the launch, and it is expected that iPad users will benefit from many of the news in the new iOS version.

We previously wrote that iPad probably gets support for mice. This feature comes as a so-called accessibility feature and allows you to connect a Bluetooth mouse with the iPad Pro.

The designer has now created an iOS 13 concept that shows this feature and several others – for example, variable windows. Here is the idea that you need to be able to drag the windows around the screen, a bit like a traditional computer. He also predicts that the pullback and drop mechanism has been greatly improved, with much more applications than today's iOS.

Here's an example of this:

Mouse support can be an easy way to increase productivity. The designer predicts using the mouse to quickly switch between applications.

Another exciting idea, which is certainly not unlikely, is something that is called smart angles. Here the designer sees you can drag files and folders to the corner of the iPad, giving you an overview of all open applications. You can then drop the folder or file into the desired application.

Here's how it looks:

You can see more images of the Behance concept.