Home / norway / It provides much more energy for money than oil 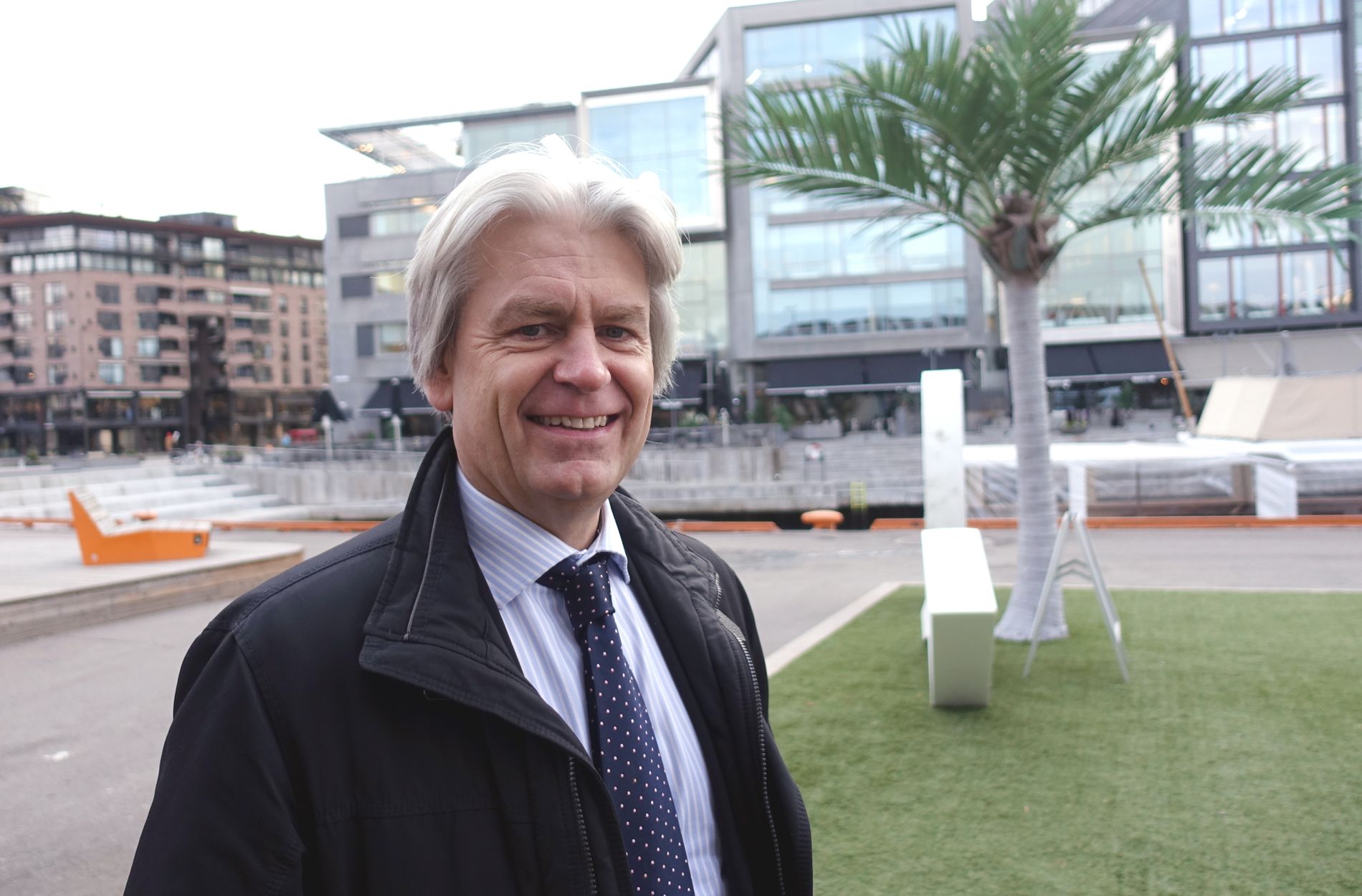 Renewable projects provide far more useful energy than oil if the energy is used to transport cars, according to BNP Paribas. In the long run, this could create challenges for the oil industry, the bank believes.

Investing in renewable energy yields many times more usable energy used for an electric car than the equivalent investment in oil used in gasoline or diesel, given today's $ 60 a barrel price.

This is what Mark Lewis, head of sustainability analysis at BNP Paribas Asset Management, writes in the report Wales, Wires and Wheels.

The report's author is meeting with the E24 in Oslo in connection with the Zero Conference, which warned Norway and the oil industry not to believe that the return of skies to oil projects would continue even in competition with renewable energy and electric cars.

– It strikes me a long time: It's criminal, the way we burn fuel for transportation. It's so inefficient, says Lewis.

The renewable and electric car knocked the fossil car

He calculated the amount of energy useful for road transport coming from renewable energy compared to oil.

It is based on a $ 100 billion investment in wind and solar energy where electricity is used in electric cars, compared to the same amount for oil projects where oil will be used in gasoline or diesel cars.

"These are incredible figures and suggest that the renewable energy economy combined with electric cars will be irresistible over the next decade," Lewis writes in the report.

In the initial phase

Wind and solar are still in the early stages and can almost deliver the same amount of energy as the oil industry, where huge amounts of money are invested in oil wells, platforms, cargo ships, refineries and gas stations, making gas and diesel available. everywhere and in large quantities.

– What should a company like Equinor think that renewable energy provides more energy for use in cars than oil – will there be less demand?

– If you are investing in an oil project today, you are probably expecting the first barrels in five or ten years, and that field will last 10-15-20 years. The total capital cycle is from 25 to 30 years. Then you have to make sure when you make an investment that is profitable at $ 60 a barrel that you can sell it for $ 60 a barrel, he says.

"But I'm sure when you get to 2030, or at least 2040, it's never possible to sell gasoline and diesel for $ 60 a barrel, because of this new competition." Oil must trade from $ 10 to $ 20 a barrel to compete with electric cars in combination with renewables, he says.

So, if the oil industry in the future assumes a $ 60-a-barrel oil price, then that must be due to higher demand from other types of consumption, such as petrochemicals and plastics?

"But with the reaction against plastics lately, that could be a very big problem for the oil industry," he adds.

The biggest threat is the oil industry

The business model of the oil industry has never before faced a similar threat to the dangers of electric cars and renewable energy, BNP Paribas claims.

Solar and wind power require huge investments upfront, but power alone costs almost nothing to produce. This energy source is also much better for the environment than petroleum, is easier to transport and can replace about 40 percent of oil globally if it is expanded to a large enough scale.

Despite the fact that renewable-powered electric cars provide much more energy for money than oil and fossil-fueled cars, there is no question of a change to a global energy system, he said.

– So far there has been no competition for oil. But now you are starting to have an alternative. It still needs to grow in scale, but if you had to build a new power system today you would not have chosen the system we have today with oil, says Lewis.

He points to several advantages of renewable electricity and electric cars over fossils such as road transport fuels, as health benefits, that electricity is easier to transport than oil. The price of wind and solar energy is also lower and more stable in the long run, while oil prices are extremely volatile, he writes.

The conclusion about the oil industry and climate policy is clear:

"For gasoline and diesel cars, the economy is now in irreversible decline in wind and solar electric cars," writes Lewis.

Some may not believe the warnings and can learn from the European energy sector, says Lewis. Increasing share of solar and wind power has led large power companies to lose billions of euros in coal and gas stations in recent years.

– They still burn coal in Europe's energy industry. Only they don't make money on it. So, you can say that the oil will still be needed. You just don't want to make money on it, he says.

– The oil industry also says that the decline in natural production means you have to develop new fields anyway just to slow down production.

– Then they need to develop a strategy to replace the fewer barrels they produce. I don't see any company that has investment plans that contribute, Lewis says.

He believes that oil companies and politicians cannot continue to believe that the return of oil projects will be 15 percent in the future, as long-term competition from wind and solar will make electric cars more and more competitive. He finds that many find it difficult to understand this change.