Home / norway / Excellent findings in the case of Finn Halvorsen: – The police officer had to cancel the driver's license for his brother after driving

Excellent findings in the case of Finn Halvorsen: – The police officer had to cancel the driver's license for his brother after driving 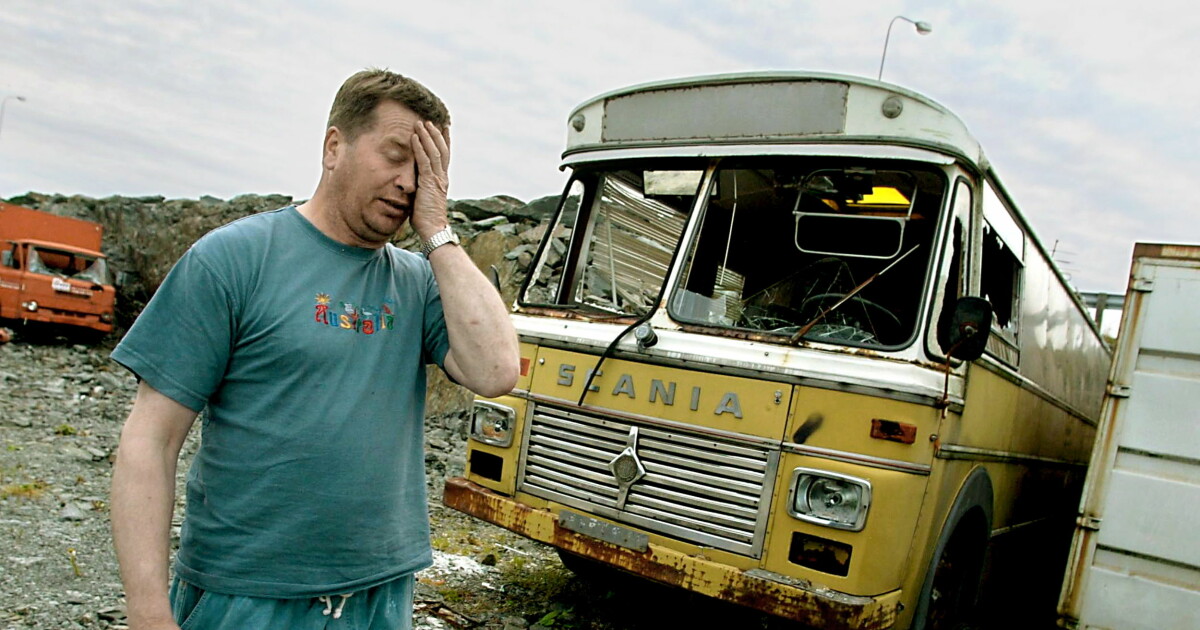 After Dagbladet and Haughesunds Avis reviewed the long-lasting battle of Finn Halvorsen against the police in a comprehensive series of reports in the summer of 2017, police officer Hans Vic in the Southwestern police district considered it necessary to investigate the work of the police in all cases involving Halvorsen. Finn Halvorsen has fought for many years against what he thinks is plotting against him in the police.

In late July 2002, the Halvorsen bus was completely damaged, and in August its warehouse was subject to burglary. He was deprived of uninsured tools worth about NOK 500,000.

Halvorsen was not satisfied with the police investigation. That's why he started his own. It turned out that the man Halvorsen eventually noted that the main suspicion of stealing the instruments was the brother of one at that time a central police officer in Haugaland and the Sunnhordland police district, now a southwestern police district.

To date, Halvorsen believes that this is the reason why the police did not want to get to the bottom of the theft he left completely destroyed.

The man strongly refuses to have had a connection with the projections against Halvorsen.

"I had done many strange things in my life, but never theft," said the brother of the police chief in an interview with Haugesund Avis and Dagbladet in the summer of 2017.

Halvorsen thinks that the man had a motive for revenge. The two assessments against the former motorcycle mechanic took place shortly after Halvorsen informed the child welfare service that he saw that the wife of a law enforcement official buys drugs with their children in a tow.

The woman today refuses to buy drugs, but she confirmed that the social welfare service for the couple said that Halvorsen was the one who submitted the report of concern and that they were very angry with him.

When the police revision of the case existed in the New Year last year, the head of the police decided that it should be kept secret. Now he changed his mind.

In the police investigation, it was a remarkable finding.

From the report it is clear that the central police officer ordered the driver's adherence to the card for his brother after driving in narcissus corresponding to more than 1.5 in a thousand.

When he was stopped by police early in the morning in 2002, he was deprived of the driving license on the spot. By law, it should have been at least a year before it was returned. Police argue that administrative practice is confiscation for two years at such a high rate.

However, the police issued the driver's license six months, despite the fact that the man was also reported by Finn Halvorsen in the meantime to take him off the highway. Then he drove without a driver's license.

The man was never questioned by the police, who in the spring of 2003 rejected the case without any investigation.

At the same time, the police failed to monitor the court's questions about his driver's license, so the seizure period expired and the driver's license had to be returned.

From legal documents it appears that the brother of the police officer worked as a professional driver after returning his driver's license.

Finnish Christian Halvorsen claims that the policeman who took out the topic and protected his brother believes that the same thing happened in all cases when he was exposed to vandalism, burglary and, least importantly, abduction of two men at Haugesund and Sveo in 2004 year.

Halvorsen was sentenced to two years in prison for complicity, but he always claimed to be innocent.

The police chief sharply refuses to protect his brother and denies that he ordered the driver's license.

– I had as a policy from the first day not to deal with questions that my brother is attracted to. That has always been and must be, of course, Dagbladet and Haugesunds Avis's police officer, said in the summer of 2017.

In addition to repeating this and emphasizing that the same applies to the case with the driver card, the police officer will not comment today on the subject and content of the police evaluation report.

Do not believe in the documentation

Police officer Hans Vic is unhappy that the police review of the case shows indications that a police officer might have protected his brother. However, he is not sure it is so.

Vic suggests that this is not the first time in the history of the police that someone is doing such an action in someone's name. However, this was more common so far, he emphasizes.

Halvorsen requested that the crime be resumed three times. The petition was rejected twice. Now, the Readmission Commission will review the case again.

In a petition for a reopening of the Halvorsen lawyer's case, Bringer Meling, he described the fact that a police officer "used his position to order the driver permission to surrender his brother only six months after taken away. "

The lawyer describes this as "highly criticized" and points out that one then naturally envisions other decisions a police officer could have made in favor of his brother.

State Prosecutor Oddbjørn Søreide also in his response, without reservation, indicates that the police officer "granted him his brother's driving license" as one of the few factors he considers unhappy or liable to the complex of the case in the circumstances.